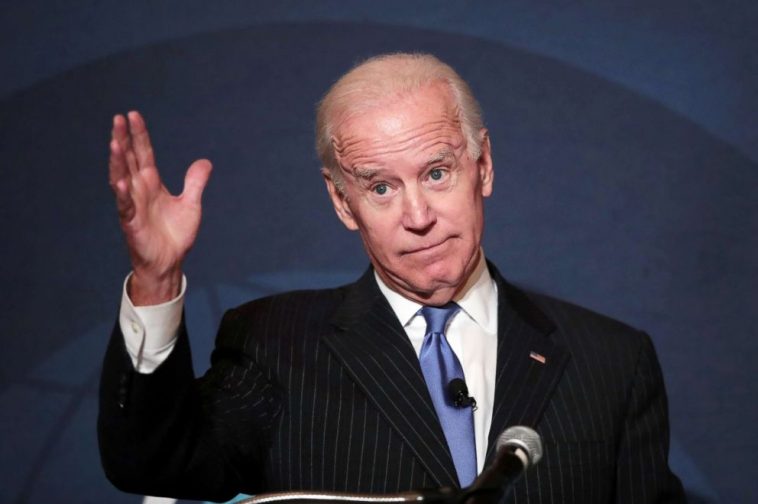 If you can’t sit with Chris Wallace for an hour, like Trump did, how can you sit with China or Putin? – Jason Chaffetz, Twitter, 7/26/20

During his interview with Chris Wallace last week, President Trump questioned whether the Democrats’ presumptive presidential nominee, Joe Biden, could handle the barrage of questioning that Wallace posed to Trump.

The answer to that question – at least for now – we may never know.

Wallace on Sunday informed viewers that the Biden campaign told Fox News he was “not available” for an interview.

“In our interview last week with President Trump, he questioned whether his Democratic opponent, Joe Biden, could handle a similar encounter,” Wallace said. “This week, we asked the Biden campaign for an interview and they said the former vice president was not available.”

The Trump campaign has hit Biden for months for abstaining from holding rallies and news conferences while continuing to do interviews amid the coronavirus pandemic. While Biden recently has returned to the stump, Trump and his allies continued to mock the former vice president for “hiding” in his home in Delaware.

Biden’s reticence to do public events, however, has done little to hurt his candidacy as the latest polls had Biden comfortably ahead of Trump both nationally and in key battleground states.

Real Clear Politics averages indicated the president was down 7 points in Florida, 6.7 points in Pennsylvania, 8.2 points in Michigan and 6.4 points in Wisconsin. Trump narrowly won all four states in 2016, flipping them from blue to red as he won the White House.

The latest Fox News Polls put Biden ahead in Minnesota, Michigan and Pennsylvania, with leads all outside the margin of error.

Polling also suggested Biden had a slight edge in Ohio, North Carolina and Arizona, three other important swing states this cycle. And, surveys indicated that once reliably red states such as Texas and Georgia were all knotted up between Trump and the former vice president.

Presidential elections in which an incumbent is running for a second term in the White House are often a referendum on that president – and that’s seen as being the case right now in the 2020 showdown between Trump and Biden. The top issues have been the coronavirus and an economy flattened by the pandemic – and the president’s performance and record on both issues.

There is a reason, Chris, that Joe Biden will not consent to an interview like President Trump did with you.

He has dementia and his handlers will not allow him to, excuse the expression, expose himself to the American Voters.

President Donald Trump has consistently ridiculed Biden over his verbal gaffes and memory lapses and portrayed him as an old man who would be committed to a retirement home if he were to be elected.

“They are going to put him in a home and other people are going to be running the country,” Trump said in early March during a rally in Charlotte, North Carolina.

Biden’s age, 77, has been a consistent source of discussion during the 2020 campaign.

The Zogby poll found majorities of Republicans and independents thought Biden had early onset dementia, while nearly a third of Democrats thought this was the case.

Did the polling companies working for Fox News call you?

They sure didn’t call me.

Ever since the doom and gloom polls started appearing after Donald J. Trump announced his candidacy for the Republican Nomination in the 2016 Presidential Election, I have watched as poll after poll, no matter how well Trump is actually doing with American Citizens, painted a picture of a struggling novice who could not compete with “real” politicians.

The media is the message.

Well, in the past couple of decades, the Main Stream Media has become not just the message, but also judge, jury, and political executioner.

And, unfortunately, thanks to the influence of the Liberal daughter-in-laws of Rupert Murdoch and RINO Paul Ryan on their Board of Directors, Fox News has been overcompensating to the Left for quite a while now “in order to keep its programming fair and balanced”.

The daily diatribes from Juan Williams, Donna Brazile, and the little mousey brown-haired Liberal Female Commentator, whose name doesn’t really matter, have made me more than once turn the channel to reruns of…well…just about anything.

Fox News needs to recognize who made them into the News Juggernaut that they are.

It most certainly was not American Liberals.

It was average Americans.

The same average Americans who are called “Deplorables”, who voted for Trump the first time and who are going to vote for him again, no matter what skewed polling which has nothing whatsoever to do with reality shows in a graphic on a TV screen.

If polls decided a Presidential Election, Hillary Clinton would be sitting in the Oval Office.

Like a politician’s press secretary, pollsters can word polling questions and skew the sample of voters which they take to achieve whatever outcome they want their poll to have.

You want to see a true picture of how American Voters feel about President Trump?

Leave the Northeastern Beltway and the Left Coast and travel to the Heartland of America and speak to the average Americans living there.

Even with the economic hardships and the Democratic Governors’ fascist overstepping brought on by the Chinese Coronavirus, average Americans will still be there supporting the man who will reopen American and bring our country back…again.

In reality, the average Americans whom I am referring to, the ones who made Fox News the overwhelming leader among the Cable News Channels and who elected Donald J. Trump the 45th President of the United States of America, couldn’t warm up to Sleepy Joe if they were cremated together.

And, we all recognize “crazy” when we see it.

Heck, here in the South, we sit them out on the front porch and let them wave at the cars going by.

All of these polls, like those coming out from Fox News, are SUPPRESSION Polls, just like those leading up the Election Day 2016.

They are being published in a desperate attempt to keep Trump Voters from going to the polls on November 3rd.

Here’s a secret: they are not working.

Have you seen a single Biden sign in anyone’s front yard?

So, perhaps Crazy Uncle Joe SHOULD stay in his basement.

His campaign has been one big embarrassment.