Have not had a good rant for a while, at least a couple of days. So guess it is time to let one go.

Was in a supermarket earlier today. Two black women were ahead of me in line, and they were talking crap about everything. Apparently they had been in one of the demonstrations over the weekend and wanted everyone to know since they were talking so loud.

During their discussion, the subject of White Privilege came up!  Whitey was the beneficiary of White Privilege and now it was their turn. I dearly wanted to say something to  them but decided discretion would be the better part of valor. Plus there was the fact that each of them had asses bigger than Bertha Butt, and if either of them got me down on the ground and sat on me, I would be flat as a  geometric plane. So for once, I kept my big old trap shut.

As I  was headed home, it was time to list all the White Privilege I had experienced in my life. So here are some things I thought of to demonstrate my White Privilege.

Don’t see any White Privilege there.

At 9 years old, we moved to San Bernardino Ca. After staying with an uncle for 6 months, we moved into our own home. It was a 3 bedroom so at least the two boys and one girl had separate bedrooms. And indoor plumbing, toilet and a bath. Even real heat and an attic to cool things in the summer. Of course, the home was crap but for me, it was my White Privilege. After all, I no longer had to use an out house.

My mother died when I was 14. At that point, I had to take over many of the things she did, house cleaning, clothes washing, cooking. This was on top of going to junior high school at the time.

By 17, I was essentially on my own. Was responsible for my own food and clothing. Had to get a job as a dishwasher in a restaurant so I could eat. Was always happy to work because it meant I got a good meal when I did.

After graduating high school, it was time to drift from job to job. Did not have the money to go to college, and no hope of doing so. After five years of this nonsense, it was time to enter the military where I was able to take advantage of educational programs offered and go to college while on active duty.

Upon graduating college and leaving the military, I have enjoyed no special White Privilege either. Everything I have done and accomplished has been on my own with no special help from anyone.

Most of the Boomers I know experienced just as difficult times. We never had it easy growing up.

Throughout my life, things have not been too bad for me. I have played the cards I was dealt, and done pretty well for the most part. Now in my twilight years, things have once again gotten tougher, dealing with the things that come with aging.

Each morning that I wake up now, it is the start of a new day, a day to enjoy and make the most of as I see fit. And to remember…………..

LIFE IS GOOD! (No matter what type of hands you are dealt, if only you take advantage of the cards.) 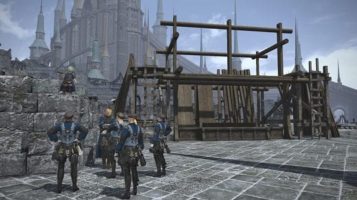