…diversity and tolerance have been under attack for years….the demand from the left is that everyone think a certain way. It’s a dangerous path. – Richard Grenell, Twitter, 6/7/20

The New York Times announced Sunday that Editorial Page Editor James Bennet is resigning — amid reports of anger inside the company over the publication of an op-ed from Sen. Tom Cotton about the George Floyd unrest last week.

Bennet, the brother of 2020 White House candidate Sen. Michael Bennet, D-Colo., had apologized late last week after previously defending the piece, titled, “Send in the Troops.” Cotton, R-Ark., called for the government to deploy troops as a last resort to help quell riots and looting that emerged amid the anger over Floyd’s death in Minneapolis police custody last month.

The publication sparked a revolt among Times journalists, with some saying it endangered black employees. Some staff members called out sick Thursday in protest, and the Times later announced that a review found the piece did not meet its standards.

“The journalism of Times Opinion has never mattered more than in this time of crisis at home and around the world, and I’ve been honored to be part of it,” Bennet said in a statement. “I’m so proud of the work my colleagues and I have done to focus attention on injustice and threats to freedom and to enrich debate about the right path forward by bringing new voices and ideas to Times readers.”

For his part, Cotton has criticized the Times for distancing itself from the op-ed.

“The New York Times editorial page editor and owner defended it in public statements but then they totally surrendered to a woke child mob from their own newsroom that apparently gets triggered if they’re presented with any opinion contrary to their own, as opposed to telling the woke children in their newsroom this is the workplace, not a social-justice seminar on campus,” Cotton told Fox News’ “Sunday Morning Futures.”

The announcement of Bennet’s departure was made by Times publisher A.G. Sulzberger in a memo to staff.

“Last week we saw a significant breakdown in our editing processes, not the first we’ve experienced in recent years,” Sulzberger wrote. “James and I agreed that it would take a new team to lead the department through a period of considerable change.”

Cotton blasted the Times for a tweet that he said misrepresented his argument — specifically, that he supposedly called for “military force against protesters in American cities.”

“This is false and offensive,” Cotton tweeted. “I called for using military force as a backup–only if police are overwhelmed–to stop riots, not to be used against protesters. If @nytimes has any decency left, they should retract this smear.”

Fox News has reached out to the Times for comment.

President Trump weighed in on the matter by commending Cotton’s op-ed piece, and denouncing the Times as “Fake News.”

In the wake of Cotton’s op-ed, the Times announced several changes, including expanding its fact-checking operation and reducing the number of op-eds, opinion pieces written by outside contributors.

Unfortunately, Senator Cotton, The New Your Times, like it bosses, the Far Left Democratic Party and the Special Interest Groups which they support like Antifa and Black Lives Matter indeed have no decency left.

Their god is the political philosophy of Marxism, which preaches hate, envy, and control.

Their political ideology is as far away from that of the overwhelming majority of average Americans as Rosie O’Donnell is from a Weight Watchers Meeting.

For years now, I have referred to the intolerant political ideology of Modern American Liberals as “The New Fascism” because of their intolerance toward traditional Americans Faith and Values and their lack of respect for our Constitution and our American System of Law and Order.

What we are seeing now, as regards the recent riots and the push in Democratically-governed cities to eliminate their police departments is a result of an amalgamation of the political philosophies of the special interest groups who have replaced average Americans as the Democrats’ Voting Base.

Hate, envy, and control are the “pillars of faith” in Marxism in all of its forms, fascism, and, of course, Islam.

All of these political philosophies are the anti-thesis of who the Far Left Democrats claim to be.

Ladies and gentlemen, I firmly believe that America is in the middle of fighting a new war against fascism which has now grown so radical as to reach the Biblical Book of Revelation levels.

The New York Times, a longtime soldier in the Vanguard of the Modern Democratic Party, the Main Stream Media is an example of how fascistic the Far Left Democrats have become.

There is no room any more in their “woke” world for dissenting opinions, especially those from Conservative Patriots like Senator Tom Cotton.

If one of their “foot soldiers”, like the Times’ Opinion Editor, dares to allow Free Speech, they are banished from the “Woke” world of “The Smartest People in the Room”.

If this effort by the “New Bolsheviks” is allowed to go unchecked, it will not be our Brightest and Best who will die on this field of battle, but rather, it will be our Constitutional Freedoms and our form of government, including our System of Checks and Balances, which will die ignoble death, pierced by the arrows of the “New Fascism”, going under the non de plumes of “socialism” and “political correctness”.

All of this unethical political behavior by the Far Left Democrats is reminiscent of both the Russian Revolution and Hitler and his Brown Shirts’ “Beer Hall Putsch” which probably should have been expected, given the “New Bolsheviks” track record of Liberal Intolerance and aversion to opposing viewpoints.

Just as my Daddy did when he landed on Normandy Beach on June 6, 1944 with thousands of other brave young American men, we must look this “New Fascism” straight in the face and say, “NO MORE!” 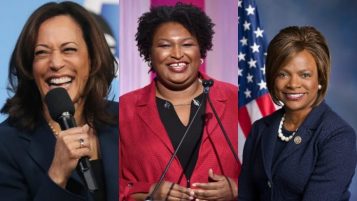