Multiple sources on Twitter are reporting that a large portion of the Atlanta Police Department’s officers have or are in the process of walking off the job.

My contacts in the Atlanta Police Department inform me that members from evening shift Zone 4 walked off the job shortly followed by Officers in Zone 3 and 6. The good members of the @Atlanta_Police will not stand for @FultonCountyDA’s activism in place of applying the law. https://t.co/PDWZNgFeXb

“Atlanta police officers are refusing to answer the radio and walking off of the job. The county can go screw themselves. If you want a society without police we’ll give you one. Let it burn!” quote from ATL police officer’s email

Well, there you have it.

Just got this email from an Atlanta police officer:

“Atlanta police officers are refusing to answer the radio and walking off of the job. The county can go screw themselves. If you want a society without police we’ll give you one. Let it burn!”

It’s worth noting that I haven’t been able to find independent confirmation of any of this as of yet.

This move would seem to be in response to Officer Garrett Rolfe being charged with 11 counts-including felony murder and aggravated assault-in the shooting death of Rayshard Brooks.

Rayshard Brooks was found passed out in his car at a Wendy’s drive-thru by Officer Rolfe and a second officer, Devin Brosnan. The officers administered several field sobriety tests, which Brooks failed. Brooks fought with the officers as they attempted to arrest him, stealing one officer’s taser in the process. Brooks attempted to flee the scene, but was shot by Officer Rolfe when he turned and pointed the taser at the officers.

The shooting touched off a fresh set of riots in Atlanta, during which the Wendy’s where the shooting took place was burned to the ground.

The Georgia Bureau of Investigation, the state agency which traditionally investigates officer-involved shootings, released a statement earlier today making it clear that they had not yet finished their investigation, and were unaware of the forthcoming charges against Officer Rolfe.

Statement on last Friday’s OIS in Atlanta. The GBI was not aware of today’s press conference before it was conducted. We were not consulted on the charges filed by the District Attorney. (1/2)

Despite today’s occurrence, the GBI will complete its mission of completing an impartial and thorough investigation of this incident and we will submit the file, once completed, to the Fulton County District Attorney’s Office. (2/2)

This is a developing story. We’ll update as new information comes in.

That’s HALF an entire shift

As of right now, all zones 1-6 in Atlanta PD are not answering calls. Sheriffs office said no to mayor. GSP is only handling crashes. Correction officers from jail being forced to answer 911 calls. Mayor is freaking out. #AtlantaPD #itshappening

Local news station WSB-TV has obtained a statement from the Atlanta PD.

JUST IN: APD responds to rumors of walkouts: “Earlier suggestions that multiple officers from each zone had walked off the job were inaccurate. However, department is experiencing a higher than usual number of call outs with the incoming shift.” 1/2

2/2: “We have enough resources to maintain operations and remain able to respond to incidents throughout the city.”

The rumor is that Atlanta’s mayor is in full freak out mode, and the APD’s requests for aid from other jurisdictions have been rebuffed.

From Twitter info it appears that Atlanta PD walkout is real, the Chief is seeking help from surrounding jurisdictions –and the officers in those jurisdictions are declining except in “officer needs assistance” situations. They tried to bring night shift in early, all declined.

Earlier suggestions that multiple officers from each zone had walked off the job were inaccurate. The department is experiencing a higher than usual number of call outs with the incoming shift. We have enough resources to maintain operations & remain able to respond to incidents.

Breaking: Sources confirm Atlanta Police officers in zone 6 have walked out. Sources say they drove back to their precinct, turned in their keys and went home. Officers in zone 3 are allegedly doing the same. @CBS46 #ContinuingCoverage #Atlanta #BlueFlu pic.twitter.com/kgLuNwDalP

Update: Mayor Keisha Bottoms earlier tonight with Fredo Cuomo. Mayor Bottoms says she expects her cops to keep their commitment to the city of Atlanta.

Atlanta Mayor Keisha Lance Bottoms says morale in her city’s police department “is down ten-fold” amid reports officers are calling in sick tonight.

“We expect our officers will keep their commitment to our communities,” she added. https://t.co/yHd6ZAY3vs pic.twitter.com/XsrvktkItX

Reminder: Fulton County DA Paul Howard said Rayshard Brooks was not a threat even though he attacked two cops, stole one’s taser, and fired it at them.

2 weeks ago, however, Howard charged several officers with aggravated assault for using tasers on protesters.

Why was a taser a deadly weapon 2 weeks ago, but no threat today?

Side note: remember, Democrats and the Left are pushing to defund police departments nationwide. A recent YouGov poll shows literally no one wants that.

“Do you favor or oppose abolishing the police?”

Do you favor or oppose defunding police departments?

Late night update (Doomberg): Those on Twitter listening to police scanners are saying (and Patrick has confirmed, since he is listening too) that the cops are emptying the Zone 6 HQ building of weapons, cars, and personal items. Antifa may be preparing to attack the building.

Download a police scanner app and tune in to Atlanta Police Zone 6!

Update (Radius is back!): The Atlanta walk off was the talk of Twitter last night. #BlueFlu has been trending since cops in several zones throughout the city walked off the job.

Rep. Paul Gosar had a message of support for the nation’s cops as well.

Congress is voting on law enforcement “reform” next week. There will be no hearings/input from real cops.
My colleagues never had to take down a 6’4” angry 20 yr old jacked on meth and coke. They have no biz dictating rules for cops without input. #BackTheBlue #BlueFlu

The trend appears to be spreading as well. The Gateway Pundit reported last night that over 40 LAPD transit cops had called in, stricken with the dreaded #BlueFlu. This came after 43 transit cops called out on Monday.

America’s cops are telling their (Democrat) leaders that they will not do their jobs if they are to be thrown to the woke wolves.

You’ll see “defund the police” end in a heartbeat the second a Hollywood celeb or leftist NYC media exec is the victim of violent crime because cops have shut down. 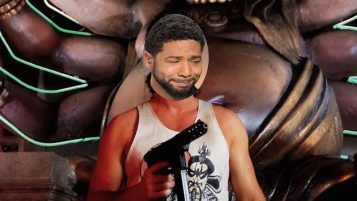