A Pakistan International Airlines (PIA) plane crash happened back on May 22 which didn’t receive much attention here in the States. 97 of 99 passengers and crew were killed. This was the last day of Ramadan and there’s some speculation, mostly on Twitter, that the crew’s bizarre behavior might have been partially due to fasting.

Several studies also show that during Ramadan, half of Pakistan is asleep in the afternoon. When the facts all come out, you will see that the effects of fasting were compounded by yet another major violation of aircrew regulations.

The entire approach to the airport was insane. They plane was at 10,000 feet when it should have been at 2,000 feet. The pilot dove to reach a more reasonable altitude but was way too fast at that point. The landing gear was up when the plane smacked the runway.

As the engines scrapped the runway, the pilot attempted to take off which he did. He never made it back to the airport and crashed in a residential area. No one on the ground was killed.

All of this is just crazy bizarre. How an A320 managed to belly land is just crazy in the first place but it was just the end of completely insane approach to the airport.

The cockpit voice recorder has been recovered so we’ll hopefully get more insight. In the meantime, I’d suggesting not flying PIA until they get this sorted out! 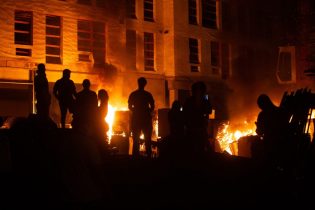