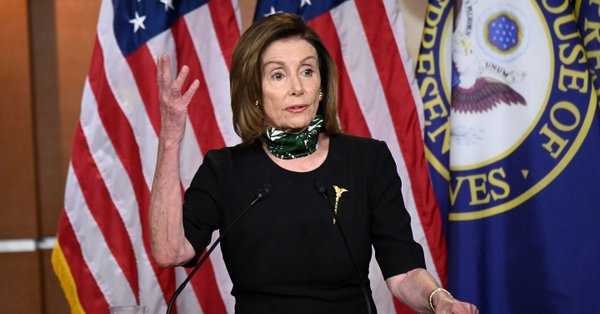 The House of Representatives on Friday evening passed a $3 trillion coronavirus relief bill, the most expensive legislation approved in history, that Democrats hailed as the unprecedented response needed to deal with the unprecedented pandemic and economic fallout.

The record-breaking bill narrowly passed by a 208-199 vote. Fourteen Democrats defied their party and voted “no,” while one Republican, Rep. Pete King of New York, broke with the GOP and voted “yes.”

“If you don’t understand the suffering, you haven’t been paying attention,” said Rep. Nita Lowey, D-N.Y., the chairwoman of the House Appropriations Committee.

“The time for action is now. The American people have unprecedented needs and the federal government must step up to the plate [and] provide the necessary assistance to meet those needs,” she said.

Unlike the first four coronavirus bills that passed with overwhelming bipartisan support, this 1,815-page package was drafted by Democrats alone and earned a veto threat from the White House and condemnation from the GOP as a “liberal wish list” that’s dead on arrival in the Senate.

Even House Speaker Nancy Pelosi couldn’t get all her members on board. The most liberal members of the party panned the legislation as not going big enough, while moderate members in swing districts said they couldn’t support vote a bill that was too partisan and costly.

“At a time when our country is in real trouble, we should not be spending precious time on one-sided solutions that aren’t going anywhere,” said Rep. Joe Cunningham, D-S.C.

…Dubbed the HEROES Act, the legislation includes $915 billion in state and local aid that could prevent layoffs of public workers, like first responders and teachers; a new $200 billion “heroes” fund for hazard pay for essential workers; $100 billion for K-12 and higher education and $75 billion for coronavirus testing.

The legislation aims to get more money into the pockets of Americans hard-hit by widespread business closures. Eligible individuals would receive $1,200 checks for each person in their household, up to $6,000.

The bill extends add-on unemployment benefits of $600 payments, in addition to state benefits, through January 2021, creates a special enrollment period for the Affordable Care Act exchanges for the uninsured and provides $175 billion for families to pay their mortgages and rent. The legislation includes student loan forgiveness, an employee retention tax credit and increases maximum SNAP benefits, which are currently $768 a month, by 15 percent.

But tucked into the legislation are provisions that rankled the Republicans including expanding $1,200 checks to certain undocumented immigrants, restoring the full State and Local Tax Deduction (SALT) that helps individuals in high-taxed blue states, a $25 billion rescue for the U.S. Postal Service, allowing legal marijuana businesses to access banking services and early voting and vote-by-mail provisions.

“So much of what’s in this bill simply has nothing at all to do with the current crisis,” said Rep. Tom Cole, R-Okla. “It’s more like a liberal Christmas … wish list. It would make more sense … to just send it straight to Santa Claus than to send it to the United States Senate. It would have a better chance of becoming law that way.”

Acknowledging this bill won’t get passed in the GOP-led Senate, Democrats framed the HEROS Act as their opening offer for negotiations. Democrat leadership said bipartisan legislation wasn’t an option because Senate Majority Leader Mitch McConnell wanted to put the brakes on any new relief bill and suggested that states go bankrupt.

Pelosi, D-Calif., hit back on critics who say now’s the time to “take a pause” on more spending and that the bill is bloated with goodies.

“This is not a Christmas tree, there’s nothing joyful about this,” Pelosi said. “This is a very strategically planned piece of legislation.”

Rep. Maxine Waters, D-Calif., chided members who pay lip service to first responders and heroes but don’t back it up with money. “Put up or shut up,” Waters told her colleagues. “Now is the time to do it.”

There has always, at least as long as I can remember, been give and take between the Republican and Democratic Parties in the creation of a bill which they wish to be made into a law.

However, for the last few decades, the Democrats and Republicans, to a certain extent, have used the passage of bills into law as a means of paying back their political contributors and their favorite lobbyists, who treat the Capitol Hill Politicians “very well”.

That being said, the 3 trillion dollar coronavirus relief bill which Pelosi and her fellow Democrats have passed  not only deserves to die in the Senate, Sen. McConnell needs to set it on fire and toss it into the nearest waste basket.

Average Americans want to go back to work…as least most of them do.

The problem is, small businesses, such as restaurants, may not reopen.

If Congress is going to spend more of our money, at least give it to the Americans who need it…the small business owners.

Another thing, if someone who is receiving unemployment is called by their employer and offered their job back, there must be incentives for them to leave unemployment behind such as stopping their unemployment if they do not accept their old position back at full salary.

All of the Democrats’ Pet Pork Projects which Pelosi and Waters so conveniently ignored in their defense of their “Hogzillia” of a bill have nothing whatsoever with assisting in reopening America., with good reason.

The Democrats do not want America to reopen.

They want to recreate The Great Society.

Only this time, it’s purpose is to damage a sitting President and to radically change a Constitutional  Republic into a Democratic Socialist country.

Which is quite the opposite of “raising people up”.

Come to think of it, that is what happened when they passed into law the first “Great Society”, also. 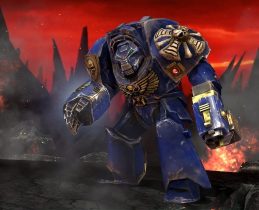