Greetings, fellow Spartans! Some of you may remember me from days (or years) gone by; I was a regular commenter here going back to the light-headed days of Hot Gas. I also contributed some articles, mostly parody songs during the 2016 election. Here are a couple of examples:

(That last one isn’t a parody.)

So, at this point you’re probably thinking to yourself, “Why do I care?”

Well, friends, the answer is simple: You’re bored! You’ve been stuck at home for nearly two months now, you’ve binged-watched everything Netflix, YouTube and Disney+ have to offer, and now you’re eyeing up that Pureflix membership in search of anything to distract you from the fact that our not-so-benign overlords are intent on ruining out lives. And livers, since the liquor stores are still ‘essential’ even though churches are not.

But let’s be honest, friends…you need something more. Something different. Something created by people that don’t hate you and everything you stand for and believe in. You need…variety!

“But Borealis,” I hear you saying, “Where will we find such new and varied fare to amuse and enlighten us in such dark times?”

It’s a good question, my friends, and one that actually has an answer! You see, although all those huge media content providers are busy tearing away at the foundations of our civilization in hopes of replacing us all with ambidextrous hermaphrodites who decry religion but tiptoe around a certain Middle-Eastern faith while demanding human rights such as abortion, euthanasia, and sodomy, there are alternatives.

You see, back in the dark ages before the advent of cinema, radio and television, there was another form of entertainment that enticed the common man. It’s fallen out of favor lately, but it’s never really left. That entertainment is, of course, books.

I know, I know…the big publishers are part of that conglomerate of hard-core, hateful people who hate God, guns, and everything else we love. And they’ve been that way for most of my life, too. But rejoice, fellow Spartans! For lo, the gatekeepers of olden times have been breached, and new opportunities have arisen for all!

Independent publishers have been using online platforms like Amazon and Indigo to make their work available to everyone without being forced to submit to the monolithic publishing companies that push a left-wing agenda that everyone is sick to death of. And it’s not an arcane, incomprehensible process, nor are their works hidden behind walls of political correctness.

I’m one of those independent publishers, and have officially been one since January 7th of this year. That’s when I published my first novel, Final Exam. I mentioned it on one of Kingjester’s articles back then, and some of you were gracious enough to check it out. Some of those who bought it even read it and left nice reviews, something which I greatly appreciate.

Well, as I mentioned in the Open Thread the other day, I now have five books published on Amazon, all in e-book format and one in paperback. And there are more on the way.

“But Borealis, how can you possibly write so many books in such a short time? Doesn’t it take months or even years to write a book?”

That’s what I used to think, my friends, but the truth is, that’s a myth, one I learned the truth about last summer. Most people could write a short novel in a month by dedicating a couple of hours a day to it. My goal is to publish another fifteen books this year, and I’ll have another one up soon (hopefully two by the end of the month).

These aren’t your typical message-driven, depressing stories about rainbow-haired social justice warriors seeking to tear down the patriarchy while secretly romancing a sparkly alien vampire. No, these are stories about heroism, in one way or another. The way stories used to be, when people actually enjoyed reading. Mystery, wonder, adventure, and even a touch of romance here and there to keep you entertained.

Here is a short excerpt from the story “Bughunt”, in my anthology, A Universe of Possibilities:

Everyone knows that space is cold. But while most people take that fossilized cliché to mean ‘freezing,’ here on the fringes of known space you learn that it means a lot more than that. Space is cruel, heartless, and completely unforgiving. One mistake out here, and you don’t have time to learn from it.

My eyes burned as I watched the viewscreen. Sleep was the enemy right now, along with the bugship that was hunting us. Lieutenant Carré was hunched over the sensors, trying to coax a trace of the enemy. I wasn’t sure if I wanted him to succeed or not.

I thumbed the intercom. “Engineering.”

“Give me some good news, Chief.”

“Haven’t got any, Captain, except that we aren’t dead yet. How about some bad news instead?”

“It depends on how bad it is.”

“Then I shouldn’t tell you about the power spike in Fusion Reactor Two?”

“No, I definitely don’t want to know that. What else are you not going to tell me about?”

“Reac One is still trying to take a permanent nap, and the ARN launcher is still down.”

“I’m glad you’re not telling me this stuff.” I rubbed my eyes and leaned back in my seat. “What about the plasma cannon?”

“We don’t have a plasma cannon anymore, Captain. It’s completely gone. And even if we had a spare, I can’t install it outside of a docking bay.”

“I suppose even miracles have their limits. Can you give me an estimate on the launcher?”

“If you can spare the Lieutenant, he and I might be able to have it up within five hours. But that means that Sjanix is going to have to plug directly into both Reac systems to keep them from failing.”

“Directly? My God, can he do that for five hours?” I knew that the cybernaut could interface with the ship’s systems in an emergency, but trying to control two damaged systems at the same time could cripple Sjanix’s mind as well as his cerebral computer system. Not to mention that the reactors would never hold together if he didn’t.

“He’ll have to, if you want ARN capability.”

I thought about it for a moment, then carefully turned to Lieutenant Carré, ignoring the throbbing pain in my arm. “Get down to Engineering and help the Chief out with that launcher. The antiradiation missiles are our best chance against the bugs’ jammers. Ensign Matrin, take over on sensors.”

The young woman in the co-pilot’s seat nodded, trying to maintain her professionalism despite her fear. Carré disappeared through the door as Matrin slid down into the sensor console. My head had stopped throbbing four hours ago; now it just ached. I fought off a yawn and thought about calling the ship’s medic for some more stimulants. I knew what Barrout’s reaction would be, though; we’d been on full alert for twenty-eight hours, and we hadn’t had a chance to rest for longer than that. Stimulants were a mask for our fatigue, not a cure. But if we had to keep ourselves at alert for another few hours, I’d have to order him to give us further stimulants. I’d catch some flak from the medical paper-pushers at Starbase Apollo for ‘endangering the crew’s health,’ but with the bugs out there, we were endangered enough as it was.

I checked the helm chrono. Fifteen hours left until we could jump out of this system and head for home. We had to survive another fifteen hours at least. Time enough for sleep after we were in nullspace.

The atmospheric scrubbers on the bridge were working so hard I could almost hear them, but they couldn’t quite filter out the tangy smell of stale sweat. They did dull it somewhat, for which I was grateful. Things were tense enough on the bridge without thinking about the showers we so desperately needed.

I gazed at the pathetic little star whose existence had endangered my ship and crew. Such a harmless-looking ball of gas, not even worthy of a name of its own. It was just 621BH, a meaningless jot in some astronomer’s catalogue. But it had proven dangerous enough to the ISS Osprey. Or to be more precise, the two Neesi attack ships had proven themselves very deadly.

Are you intrigued? Excited? Eager to find out more? You can, right now! Just click on the links to be taken on exciting, thrilling journeys of the imagination. Of course, the rides aren’t free…but the prices are more than reasonable. 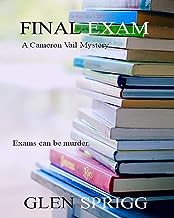 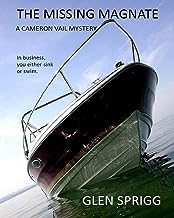 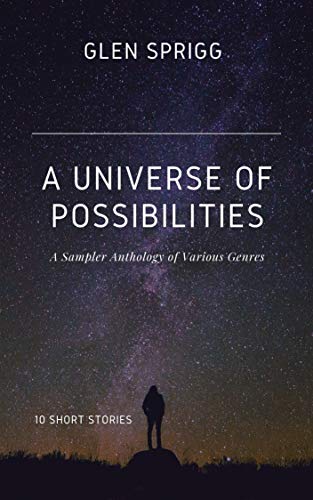 If you like what you see, and want to know when there will be more, please come and check out my non-political blog, Sprigg’s Scribblings. Not only will you be the first to know when a new book is released, but you’ll also get lots of fun anecdotes and posts about things you don’t really care a whole lot about, unless you’re interested in education, writing, book and occasional movie reviews, and my wonderful crazy family. How can you pass that up?

All seriousness aside, the best way for us to reclaim our culture is to support creators who are bringing back that cultural spirit that we all miss. We’ve ceded more than enough ground to the left in pop culture; now, it’s time to retake that ground, one bloody inch at a time. I’m doing my part in the trenches, and I hope you’ll join me as we go over the top.