Wow. Every now and then the facade slips… #heartless – Tammy Bruce

New York Gov. Andrew Cuomo said Wednesday that protesters calling for the state to reopen the economy so they can go back to work could “get a job as an essential worker.”

Cuomo made the comment at the end of a long exchange with WRGB reporter Anne McCloy, who told the governor that she spoke with demonstrators outside New York’s state Capitol in Albany before heading inside for the daily press conference. The protesters told her they can’t wait for widespread coronavirus testing – which Cuomo has been pushing  — and want to return to work so they can have an income and feed their families, McCloy said.

“By the way — if you want to go to work, go take the job as an essential worker. Do it tomorrow,” Cuomo said.

“But the people aren’t hiring because of the pandemic,” McCloy responded.

He also noted that the federal government is providing financial assistance for Americans and his state is “moving heaven and earth” to speed up payments to New Yorkers who file for unemployment.

Cuomo has ordered non-essential businesses to remain closed through May 15. New York state has been hardest-hit by the coronavirus in the U.S., with an additional 474 deaths reported Wednesday.

You know, gentle readers, at first it was the sheer arrogance of Gov. Cuomo’s statement that got my attention.

Cuomo’s tone-deaf statement was as bad as Nancy Pelosi’s tour of her ice cream freezer filled with more flavors than Baskin Robbins.

And then, I looked beyond the beyond the tone-deafness and arrogance…and it hit me.

At this point, the continuation of a nationwide lockdown and the resulting draconian measures taken by some Democratic Governors is not as much about caution as it is about control.

Let’s face it…the Far Left Democrat Party with all their talk about “rights” (usually when they are talking about special interest groups) are actually nothing but a bunch of FASCISTS.

For years now, I have referred to the intolerant political ideology of Modern American Liberals as “The New Fascism” because of their disdain and condescension when speaking about patriotism and the traditional American Faith and Values held by average Americans.

What we are seeing now, as regards the radical movement to the Left of the Political Spectrum, which includes anti-Semitism, of the Democratic Party, which began under Former President Barack Hussein Obama, is a result of an amalgamation of the political philosophies of the special interest groups who have replaced average Americans as the Democrats’ Voting Base.

The political philosophies of Marxism, fascism, and Anti-Semitism, which the Far Left Democrats have now embraced, are the anti-thesis of who they claim to be.

Ladies and gentlemen, I firmly believe that America is in the middle of fighting a new war against fascism.

It’s not a war that is being fought with guns and bullets, But instead, it has been fought with  superfluous Congressional Hearings attacking President Trump, anonymous sources, unproven baseless accusations, and the Vanguard of the Modern Democratic Party, the Main Stream Media.

And now, Americans are witnessing a stripping away of rights as these same politicians take advantage of the Coronavirus Lockdown to ban activities which have nothing to do with the spread of the contagion.

This crisis has allowed those who seek control over our daily lives to further their quest to take away our Constitutional Freedoms and our form of government, including our System of Checks and Balances, which has already been challenged by a Speaker of the House who believes that she is as powerful as the President.

By now, there’s some out there in the audience saying, “Oh Lord, the crazy old cracker’s overreacting again.”

If you try to talk to a Liberal about this New Fascism, they will deny that there is any fascism going on at all. In fact, they will tell you that their radicalism “the will of the people” and they will site Democratically stacked push polls in order to back their opinion up.

Liberals can not legitimately defend their positions, such as the suppression of the Second Amendment Rights of average Americans, the Silent Coup began by those members of the DOJ and FBI during the Obama Administration against now-President Trump, the “Caining” of Judge Kavanaugh, and now, the taking advantage of a national crisis in an attempt to install a form of government identical to that of the country responsible for this modern-day plague.

All of this political unethical behavior by the Far Left Democrats is reminiscent of both the Russian Revolution and Hitler and his Brown Shirts’ “Beer Hall Putsch” which probably should have been expected, given the “New Wokesheviks” track record of Liberal Intolerance and aversion to opposing viewpoints. 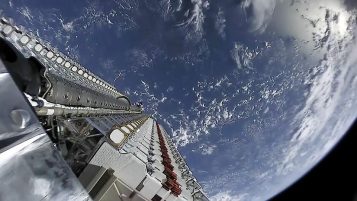