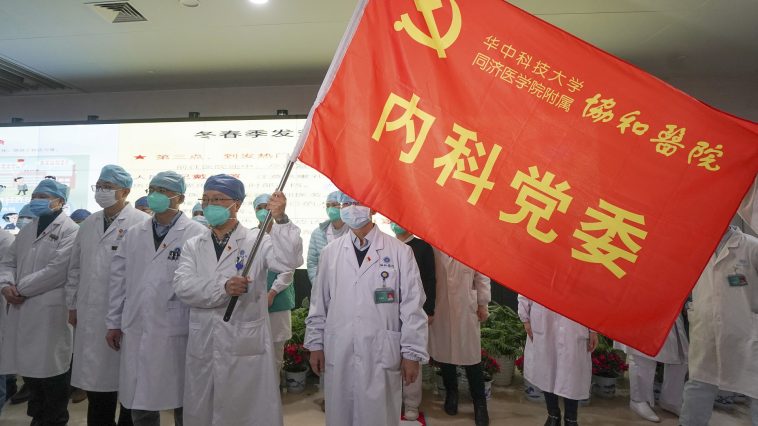 An antibody study of 3300 participants was just completed in Santa Clara county, California and the results are shocking. The team of researchers found that the United States has drastically missed the mark on counting Covid-19 (Chinese Flu) infections by a factor of at least 40 fold, and could be as high as 85 fold.

Time to reopen the country now right? If the United States has 85x the amount of infections it has now officially counted, we would have upwards of 58 MILLION infected. Even on the low end of the estimate, we have 27 million infections of Chinese Flu. This pushes the mortality of the virus to near severe seasonal influenza levels, which is around 0.1% mortality in the United States.

Right now, Santa Clara county claims they have “flattened the curve” through lockdowns and increased testing. But this new study shows that the state and local level lockdowns have been utterly ineffective in controlling spread.

Secondly it shows that the nasal swab testing being performed across the country is fatally flawed in not being able to show anything more than that the subject is, right at that moment, either infected or not infected.

With antibody testing, this will begin to show the country that the hysteria around the virus was indeed worse than the actual disease. The hysteria that began with the Chinese coverup, which skewed the very models the United States and others used for determining the correct course of action to take against the Chinese Flu, has resulted in untold damage to the economy and the lives of the American public and the world.

Not content with taking the massive amounts of egg on their faces these test results are showing, officials at the WHO are sowing doubts that antibody results mean anything:

“These antibody tests will be able to measure that level of serology presence, that level of antibodies, but that does not mean that somebody with antibodies” are immune, Dr. Maria Van Kerkhove, head of WHO’s emerging diseases and zoonosis unit, told reporters during a press conference at the agency’s headquarters in Geneva.

Many lay people will undoubtedly respond to her assertion with: “If that is the case, why do we need to remain in lockdown for two years and wreck our lives if antibodies are not going to guarantee immunity?” And they would have a point especially since there are reports that the virus has already been found to have mutated in India, setting back progress drastically for many vaccines (that public health experts have been touting as the reason to stay in lockdown until they are finished) in development.

There is a reason why we don’t have vaccines for coronaviruses like the common cold, SARS, MERS, etc. and that is because these viruses are unstable and tend to burn themselves out once we either eliminate their ability to infect via quarantine or we develop herd immunity. That has always been the case.

Dr Kerkhove is right that having antibodies does not always guarantee immunity, but that has always been the case. You need a certain level of them to grant immunity and even then that only works until the virus mutates. But it does not mean all hope is lost, one can still have partial immunity to closely related strains and get a milder form like with those who get vaccinations for influenza.

The point of antibody tests are so that we can actually find out how serious the virus is because the testing methods governments are using are obscuring the true reach of the Chinese Flu.

There is evidence that the truth is getting out and is causing unrest. This is leading to government officials walking back their unconstitutional insanity that has been going on for two months in the US and elsewhere.

Cracks are even apparent in the administration, with Dr. Fauci now reversing course and lying that he never believed the Chinese data from Wuhan… even though he recommended solutions from the models that based their recommendations derived from Chinese data.

Yet here he and Dr. Birx are touting discredited Chinese data based models that showed 2.2 million dead in the US without social distancing and lockdowns and 100,000 to 200,000 dead even with interventions:

Dr Fauci in February when these interventions were first being discussed, “I believe China’s numbers” (Fox News video):

Fire Fauci and the rest of the pandemic team and demand the country reopen now, President Trump. We do not need to remain in lockdown if the virus is no worse than seasonal influenza.