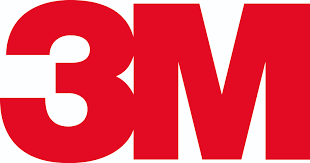 In What’s Going on with 3M and Masks, I described the way 3M goes to market through stocking distributors. This saves 3M from having a large captive sales team and also pushes inventory issues onto the distributors reducing inventory risk. 3M also mandates (or at least does so in the Distributor Agreement found on line) that Distributors sell at 3M published prices.

The price of Products and other terms and conditions of sale (including payment terms, F.O.B. point, minimum order requirements) are as stated in 3M’s published price pages.

3M has sued a Distributor for attempting to sell New York City N95 masks at six times the price listed in the 3M price list.

Assuming the Distributor signed a similar agreement to the one I found, this would seem like a slam dunk. Or is it? Is it legal for 3M to impose pricing on a Distributor?

Interestingly, language in agreements to sell at published prices was put there to prevent Distributors from discounting and damaging a brand’s reputation. If a Nike golf shirt cost the same as a WalMart brand shirt, Nike’s image would certainly be damaged. Companies also don’t want their Distributors competing on price since it makes it hard to sign new Distributors and keep existing ones happy if they’re all competing with one another on price.

What’s less clear is whether 3M can limit a Distributor’s ability to sell for more than the list price. 3M’s argument appears to be that the Distributor is representing themselves as establishing 3M’s price which harmed 3M since they were seen as taking advantage of the situation. The Distributor’s argument will be “I did no such thing. I’m an independent company and I can set the price as high as I want since I’m not damaging the ability of anyone to compete with me. In fact, we’re doing the opposite.”

There is a distinction between what are called “Colgate pricing policies” and “resale price maintenance policies.” Colgate (named after a Supreme Court decision) states that a company can announce that all Distributors must use the same pricing and then unilaterally stop doing business with ones that do not abide. Resale price maintenance polices come from another Supreme Court case in 2007 that said, barring a Colgate exception policy, the “rule of reason” will be used to determine whether a Distributor Agreement is anti-competitive.

While we’re at it, there is another method for maintaining price which is called Minimum Advertised Price or MAP. Carhartt is one company that uses MAP based pricing. If you watch advertisements for Carhartt products, “sale pricing” is almost always MAP. If a retailer wants to sell below MAP, they’ll say “Too Low to Advertise!” in their ads. Of course, there’s no reason that someone couldn’t just say “Too Low to Advertise!” as a sales gimmick as well. You see that a lot on eBay these days.

Again, all of these things have to do with ensuring companies allow competition.

From the standpoint of did the Distributor legally violate its agreement with 3M, it’s not clear since that depends on how the price list is actually written and whether or not there’s a Colgate exception in effect (and whether it even applies in the instance of selling above list price). If the price list is a MAP price list or a MSRP (Manufacturers Suggested Retail Price), it’s again not clear whether a Distributor can sell above the suggested price.

So we’ll see. I suspect that 3M will drop the suit once things have calmed down. Otherwise, this goes to the Supreme Court at some point. The Distributor is at some risk that they could be charged under New York’s price gouging laws. This would be rather vague as well particularly if they simply offered to sell to New York at the same price as they were offered by another buyer. We don’t know whether that happened or whether they tried to get New York in a bidding war but regardless it would be rather messy to sort it all out.

I am not an attorney nor do I play one on the Internet. However, I have stayed at a Holiday Inn Express.