This season, the flu has already killed 20 thousand of us in the USA. Before the season ends this summer, we’re expected to lose another 15 thousand. A similar disease, the Wuhan virus, might kill a hundred thousand of us, but most of us will catch it and hardly know we’ve had the disease. The difference in the two types of flu tells us a little about the viruses involved, but our response tells us a huge amount about our character. Here is the news, the good and the bad, as I see it today.

One out of a thousand of us will die from the flu. The victims are typically people in poor health and with a compromised immune system. If you think back, lots of us eventually lost our grandparents to the flu. The Wuhan virus might kill five of us per thousand, 0.5%, but it will particularly hurt those of us with pre-existing lung and heart and lung issues, and with diabetes.

We’ve seen far worse epidemics. A century ago, the Spanish flu killed about 41 million of us world wide, or about 2 percent of us. The concern with the Wuhan flu isn’t that it is so deadly, but that it is so targeted.

The Wuhan flu attacks our lungs. Breathing becomes harder and harder. We die when we get too tired to breathe any longer. That is why mechanical ventilators save the lives of critical patients by breathing for them until they heal. That explains the sudden increase in mortality when the number of sick people outnumbers the available beds with ventilators and nurses to operate them. Doctors, nurses, and technicians can save us if they are healthy and have the tools they need.

So why are we staying home, losing our jobs and our patience, over the lives of one-out-of-200 Americans? We are doing so because we can. It is a measure of our wealth and our compassion that we won’t leave a small segment of our neighbors to die without fighting for their lives. Other countries have refused to treat the aged and infirmed. We made the opposite decision. As a people, we have, and we will, accept great risks so long as we all share equally in that risk. In this case, the risk isn’t shared at all. It is concentrated on a few of us.

Most of us are going to get sick and then recover from the Wuhan flu, but we’re trying to do it slowly. Most of us won’t notice our infection. I hope you’re one of them. Some of us will spend an uncomfortable evening in bed with a slight fever. Then, we’ll get back to our lives. At some strange point in time, we’ll want to go out in public again so the few of us that escaped the flu will get it and develop a natural immunity.

Our decision to put our lives on hold says volumes about the American character.
We wouldn’t sacrifice a few percent of us for our comfort.

You can argue that our response isn’t financially wise. You might be right. You can argue that the government response brought out the worst of political corruption, and I think you’re absolutely correct. We can go too far in our compassion and in our trust of politicians to do the right thing in a crisis. Let’s look at what did we do this time?

This was a bold, emotional, unified, committed, and courageous decision. It will be criticized, analyzed, and parsed as to who came out ahead and who paid an unfair share of the burden. We will argue that we should have done less, done more, acted earlier or acted later.

Good for us; let’s learn all that we can from this situation. Let’s criticize the mistakes we made and the people who made them. I’m all for that.

Let us also appreciate what happened. We will have some people struck down by unexplained illness. That seems unavoidable in any large population. But we decided to watch reruns of old TV shows rather than roll sick people into the hallway to die because we couldn’t treat them. We made that decision before it happened, and now we’re paying the price.

I like my fellow Americans a little better for us making this decision. Thank you. And at least for a while, wash your hands. 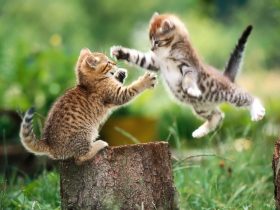