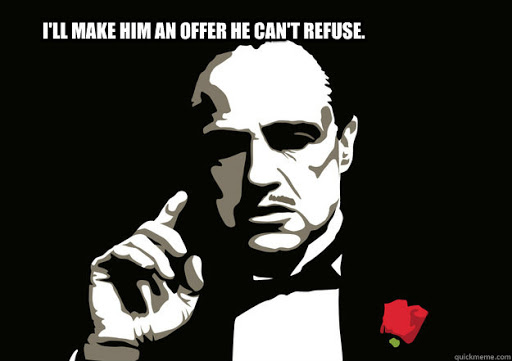 There’s a baffling story in the Washington Post about Joe Biden going MIA in New Hampshire:

Outside the castle-themed Radisson Hotel where Joe Biden has been staying, his campaign bus was parked and ready for events.

But on Thursday, just five days before the crucial primary here, the candidate was nowhere to be found.

Biden spent Thursday gathered with his top advisers at his home in Wilmington, Del., seeking a reset and perhaps a last-ditch effort to save his candidacy, beginning with a debate Friday night. He held no public events.

In one troublesome sign for the financially strapped campaign, it canceled nearly $150,000 in television ads in South Carolina, which votes Feb. 29, and moved the spending to Nevada, whose Feb. 22 contest follows New Hampshire’s. The move seemed to acknowledge that Biden’s campaign cannot sustain a continued run of bad news.

The bafflement stems not from the fact that Joe is tanking but that the WaPo is reporting it.

This is the kind of story that Democratic Operatives With By-Lines usually spike.

The article seems to suggest that Nevada, not South Carolina, is being set up as Joe’s Alamo.

A Major Fail there will probably result in the DNC Big Cigars making Joe an offer he can’t refuse and Joe calling it a day.

If Bernie and Mayor Pete finish 1-2 in New Hampshire, Nevada and South Carolina as they did in Iowa the pressure from the DNC Big Cigars on Joe to Pack It In will become massive as they maneuver to find a way to put together a brokered convention and launch a Clinton/Bloomberg “unity” (Hail Mary) ticket.

There is no way the DNC Big Cigars turn the party over to Bernie and a Mayor Pete top and “VP candidate yet to be determined” bottom ticket would hemorrhage black and Hispanic voters.

Expect a Peechmint the Sequel to be launched in the House very soon, with hearings starting by St. Paddy’s Day and Peechmint articles plopped in to Cocaine Mitch’s lap by Memorial Day. The Donk Braintrust and Megabuck Donors need a misdirection play to bleed media coverage away from The Primaries as they position for convention shenanigans in Milwaukee.

If anything not nearly cynical enough…