I’ve noticed a couple conservative “influencers” on Twitter starting to suggest that we need to have a solution for the “Student Debt Crisis” TM the Bern.

Let’s look at some numbers. These come from MarketWatch.com and are inflation adjusted numbers. I shouldn’t be surprised, I suppose, but all of “the sky is falling!!” articles don’t adjust for inflation. Let’s see what we have:

Pretty clearly the overall cost has gone up while the entry level salary has stayed about the same. Why is this? It’s a little thing we like to call supply and demand. The supply of colleges is constant and the demand continues to rise which means people will pay more to obtain a college degree. What’s a real problem here is that part of the demand is created by the government by offering loans to low income people who really can’t afford it! 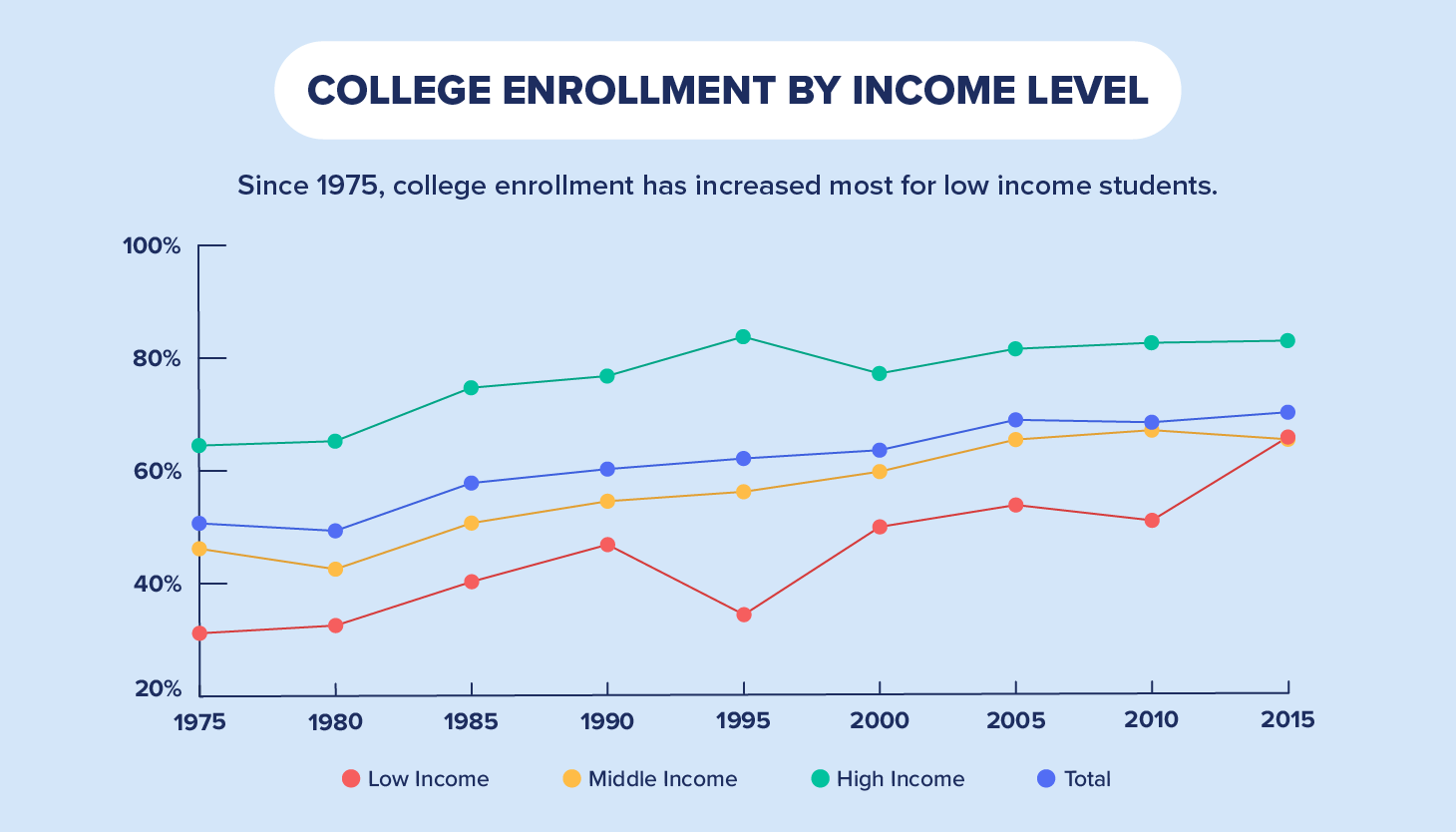 It also means that demand for entry level people hasn’t gone up. Why is that? That’s probably more complicated but there are fewer big companies around that take virtually useless entry level people with an expectation of growing them into useful employees. In addition, companies have been able to hire PhDs in China and other parts of Asia for the same price as a new graduate. Of course, what’s happened is that wages have gone up in China and along with companies coming back to the United States, entry level wages should begin to rise.

The cost of a college degree is small when compared to lifetime earnings!

This chart is from Credit.com: 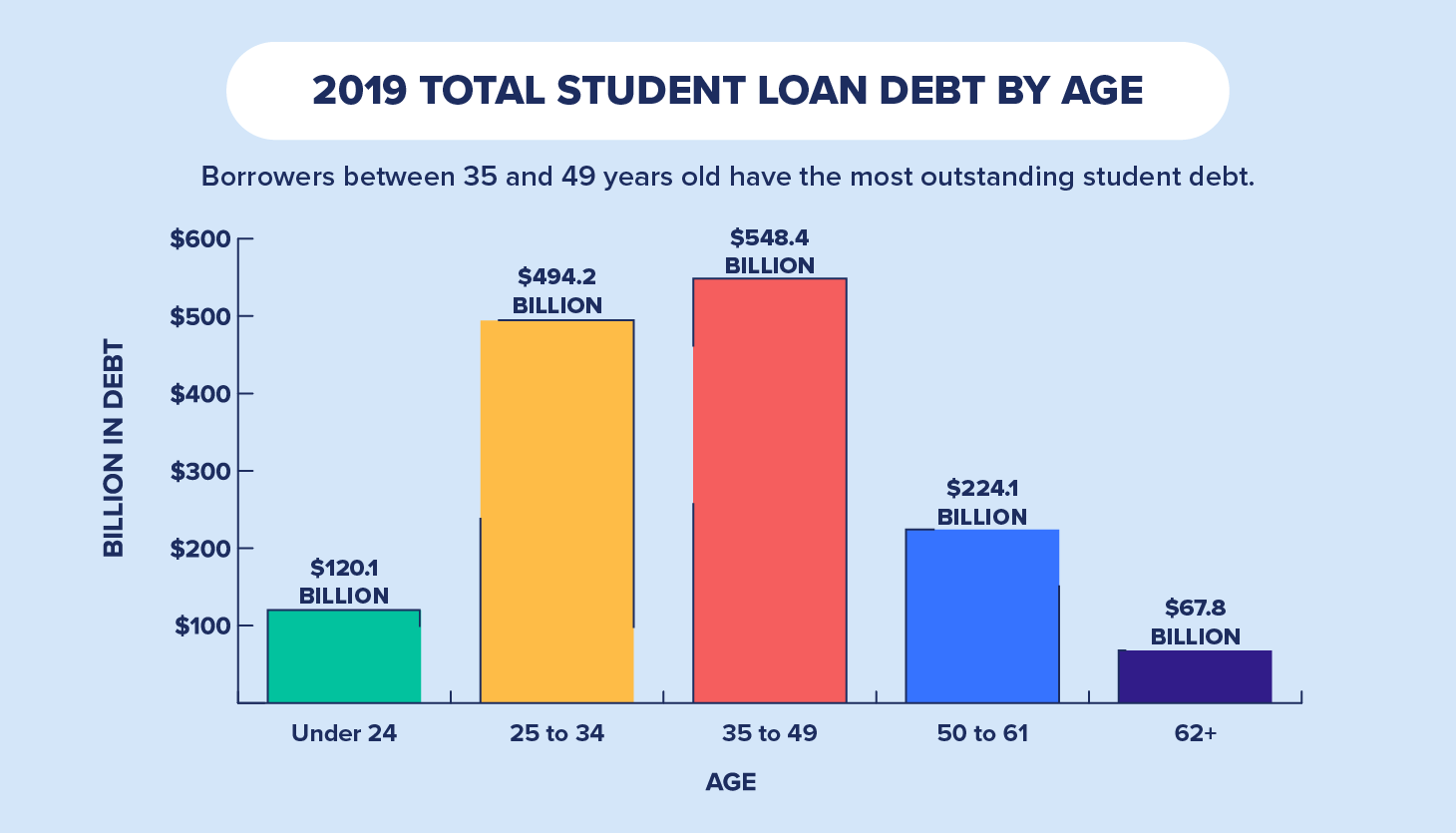 What does this tell us? First, the debt we’re talking about is 10-30 year loans which means they’re not paying any substantial amount of principle for a number of years. People are looking at student loans in the same way they look at a house mortgage. What then is the debt in the 50-62+ age groups? These are loans taken out by parents to keep the kids from defaulting on their loans.

Now we come to the crux of things. This wouldn’t be an issue at all except for the number of defaults. People will do everything they can to not default on a car loan or a mortgage since there are immediate consequences. The consequences with student loans are less clear particularly since they can’t be discharged in bankruptcy. 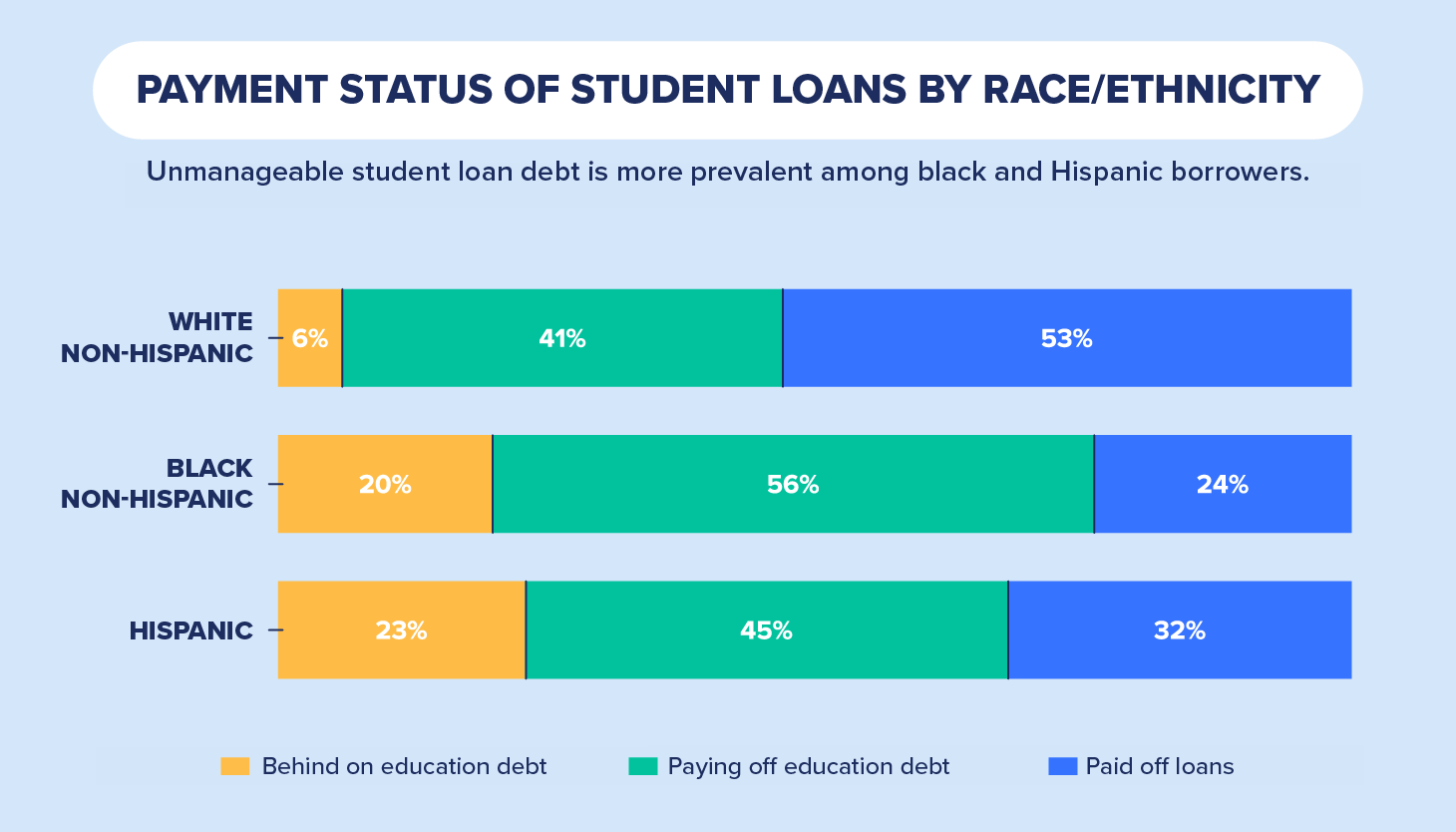 Here’s the situation — identical to the “housing crisis,” what has really happened is that the government, through its loan policies, has encouraged people in lower incomes to buy a product that they couldn’t afford.

We’ve seen this movie before and it does not end well.

What would student debt forgiveness actually be? Answer: Reparations.

Damn these people! How many times will the government try to “raise up” the poorest among us in a manner that’s guaranteed to fail. It’s almost like they plan it that way.

By the way, any “forgiveness bailout” will certainly be means tested so the people who just thought it would be fun to get a degree in Comedy Arts and found out that it pays less than being an engineer for SpaceX are going to be up a creek.