Does House Speaker Nancy Pelosi, hereafter known as “Nancy the Ripper,” have so little upper body strength that she would require a pre-ripped copy of Trump’s State of the Union speech in order to ensure that her speech ripping stunt would go off without a hitch?

The answer, according to the New York Post, is abso-freakin-lutely:

House Speaker Nancy Pelosi apparently made tiny tears into her copy of President Trump’s State of the Union address — so that her speech-ripping moment could go off without a hitch.

As Trump introduced cancer-stricken radio host Rush Limbaugh — who received the Medal of Freedom during the speech — Pelosi could be seen grabbing the pages off the table.

Video shows her making what seemed to be a tearing motion and then placing the pages back on the table.

Photos of the sheets of paper show them face down on the table with small slits on the side, near where Pelosi would eventually rip them into pieces.

The Post was even helpful enough to provide a picture clearly indicating that Nancy’s SOTU pages were, in fact, ripped before the end of the speech.

What appeared to be a spontaneous expression of outrage on the part of Madame Speaker actually turned out to be a pre-planned hissy fit.

I wish I could say I was surprised. 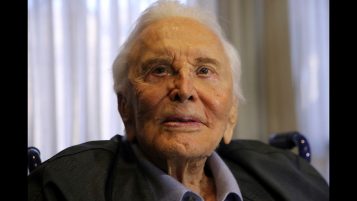