Is Democrat presidential candidate Bernie Sanders a violent, Marxist revolutionary in disguise? Bernie sure talks a big game about wanting to “unite and heal” the country and repair the “damage” that Orange Man Bad has supposedly caused.

Bernie’s followers, however, are anything but the touchy feely types. It seems weekly we’re treated to news stories about Bernie Bros and Hos violently lashing out against political opponents.

Justin Derby of Truth: The Objective Reality examines the evidence and finds that it really does look like Bernie is trying to lead a Communist revolution.

Subscribe to Truth: The Objective Reality on BitChute for more faith-based commentary. 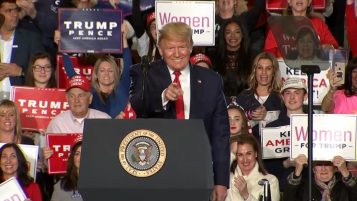