Every claim they are making can be destroyed and has been. But they’re not stopping because it isn’t about the substance of this. It’s about making it sound so horrible in news sound bites, ’cause not everybody’s watching this today, but they may see sound bites of it tonight, so it’s just the ongoing effort to at its bear minimum lie to the American people about what a rotten guy Donald Trump is, even though they have no evidence for it and every attempt at evidence has been blown to smithereens. – Rush Limbaugh, 12/17/19

President Trump, in a blistering, no-holds-barred six-page letter Tuesday to House Speaker Nancy Pelosi, D-Calif., lambasted the Democrats’ impeachment inquiry as an “open war on American Democracy,” writing that she has 0violated her oath of office and “cheapened the importance of the very ugly word, impeachment!”

“Everyone, you included, knows what is really happening,” Trump said, just a day before House Democrats were expected to vote to impeach him. “Your chosen candidate lost the election in 2016, in an Electoral College landslide (306-227), and you and your party have never recovered from this defeat. So you have spent three straight years attempting to overturn the will of the American people and nullify their votes. You view democracy as your enemy!”

Pelosi, speaking to reporters Tuesday evening, called the letter “ridiculous.” She said she feels “fine” but “sad” about the pending impeachment vote.

Trump specifically hammered Pelosi for daring “to invoke the Founding Fathers in pursuit of this election-nullification scheme,” and “even worse,” for “offending Americans of faith by continually saying ‘I pray for the President,’ when you know this statement is not true, unless it is meant in a negative sense.”

“It is a terrible thing you are doing,” Trump added, “but you will have to live with it, not I!”

The president argued that Democrats were trying to distract Americans from the strong economy and historically low unemployment numbers, and pointed out that Democrats have openly called for impeachment since the day he took office.

Democrats’ persistent but unsubstantiated allegations that the Trump campaign had conspired with Russians to influence the 2016 election, the president pointed out, ultimately “dissolved into dust,” but not before the nation had to endure years of “turmoil and torment.” (Also on Tuesday, in a highly unusual public statement, the secretive Foreign Intelligence Surveillance Court slammed the FBI for its misleading warrant applications to surveil a former Trump aide during the Russia probe, and demanded immediate corrective action.)

Concerning the obstruction-of-Congress impeachment count, Trump attacked Democrats for “trying to impeach the duly elected President of the United States for asserting Constitutionally based privileges that have been asserted on a bipartisan basis by administrations of both political parties throughout our nation’s history.”

And, regarding the abuse-of-power count, Trump noted that it was former Vice President Joe Biden who had “bragged” on video about having Ukraine’s allegedly corrupt prosecutor fired by threatening to withhold $1 billion in critical U.S. aid. But, House Republicans have been barred by Democrats from calling witnesses that would help them make the case that Trump’s concerns about Ukraine corruption were legitimate.

“More due process was afforded to those accused in the Salem Witch trials,” Trump wrote, observing that even Ukraine’s president has repeatedly said at the United Nations that he felt no undue pressure from the White House.

Pelosi has come under withering fire from the president as Democrats barrelled toward an impeachment vote. Earlier this week, Trump suggested that Pelosi’s teeth were “falling out” during a news conference on impeachment.

Trump’s letter came a day before House Democrats are expected to vote along party lines to impeach the president, sending the matter to the GOP-controlled Senate for a virtually certain acquittal. Moderate Democrats in districts Trump won in 2016 largely have fallen in line in favor of impeachment, with only two exceptions.

So, today is the day.

The House Democrats are going vote to impeach President Trump.

They have kept their promise…to themselves.

All those other things which they promised the suburban housewives who voted them into power in the 2018 Midterm Elections were just words spoken by professional politicians…”sound and fury, signifying nothing”.

The Democrats wooed suburban housewives in red districts for the same reason that rich Iranian students in our Universities during the Iranian Revolution romanced American co-eds: they were simply a means to an end.

The Democrats have been bound and determined to impeach Donald J. Trump from the instant that grief overtook them all on the night of November 8, 2016, when they realized that average Americans between the coasts had elected him as the 45th President of the United States of America.

Their every waking moment has been dedicated to the cause of ridding themselves of the President by any means necessary.

The Democrats have tried encouraging open borders through their minions in the Main Stream Media attempting to drum up sympathy for the thousands of invaders from “the Triangle” who were attempting to break into our country.

The Democrats attempted to block his nominee to the Supreme Court, Brett Kavanaugh, by besmirching his character with a “witness” telling a false tale of debauchery.

And, let us not forget Special Council Robert Mueller and his “Investigative Team” of lawyers who were all donors to the Democratic Party, spending our tax payments while attempting to prove a bunch of lies about President Trump “colluding” with the Russians.

That blew up in the Democrats’ faces.

And now, the House Dems are going to vote to impeach President Donald J. Trump…over nothing.

I don’t blame Trump at all for telling Pelosi off. She has had it coming for a long time.

Today’s spectacle will be the biggest bunch of bull on television since Geraldo Rivera opened up Al Capone’s Vault.

And, just like Al Capone’s vault…there will be nothing there. 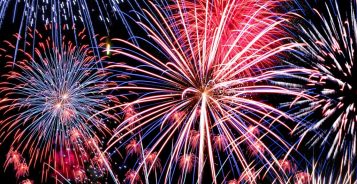