We should all be DEMANDING sleazeball Adam Schiff’s phone logs. It’s crystal clear he colluded with the fake whistleblower to fabricate yet another false story to try and overturn an election. He’s the sleaziest human being on the Hill, and an embarrassment to the country.

As Solomon wrote opinion columns in early April 2019 attacking U.S. Ambassador to Ukraine Marie Yovanovitch, according to AT&T phone records produced by the Intelligence Committee, he was in frequent phone contact with Giuliani and his associate Lev Parnas.

“The Committees uncovered evidence of close ties and frequent contacts between Mr. Solomon and Mr. Parnas, who was assisting Mr. Giuliani in connection with his representation of the President,” the Democrats wrote in their report drafted by the House Intelligence, Foreign Affairs, and Oversight Committees.

The Committees also obtained records showing phone calls and texts between Giuliani and Nunes, the top Republican on the Intelligence Committee, on April 10. Parnas and Nunes also spoke on the phone several times on April 12.

…Intelligence Committee Chairman Adam Schiff would not say when and where the evidence from the phone records came from, saying he couldn’t “go into specifics.” But, Schiff said the communications outlined “considerable coordination” in the smear campaign against former Ukraine Ambassador Yovanovitch and the shadow campaign in Ukraine.Asked whether Schiff had spoken with Nunes about the call records and whether Nunes should recuse himself from voting on the report tonight, Schiff said he wanted to “reserve comment” but called the allegations and timing of the calls “deeply concerning.”

“At a time when the president of the United State was using the power of his office to dig up dirt on a political rival, that there may be evidence that there were members of Congress complicit in that activity,” Schiff said, adding that he was not saying that Nunes was complicit but that the allegations were troubling.

“Our focus is on the president’s conduct,” Schiff said. “It may be the role of others to evaluate” the conduct of members of Congress.

Why are Democrats above the law?

All during Trump’s Presidency, I have heard Pelosi, Schiff, Nadler, and a cast of hundreds of Congressional Dems state that President Trump is not above the law while they insult him and his family and attempt to remove him from office with a bunch of bald0faced lies.

Meanwhile, it is they who have acted as if they were above the law for years.

From Bill and Hillary’s Pay-for Play Scheme granting access to Secretary of State Clinton through “donations” to the Clinton Foundation to Spygate, the Democrats continue to act with impunity in their quest to hold absolute power over Americans’ daily lives.

This Soviet-style Tribunal which Schiff and the House Democrats held over a simple phone call was egregious enough.

Now, we find out that Schiff somehow obtained not only Rep. Devin Nunes’ phone records but also the phone records of two private citizens, The Hill’s John Solomon and those of “America’s Mayor”, Rudy Giuliani.

What happened to attorney-client privilege and the First Amendment’s protection of journalists?

Now, I have seen sleazy politicians before (trust me, I was living in Memphis during the Harold Ford, Steve Cohen, and Mayor Willie Herenton years), but Schiff is the sleaziest…and the most deranged, also.

This blatant Soviet-style act of seditious tyranny should scare the mess out of every red-blooded American.

The Democrats have turned Congress into the Soviet Politboro.

God save the Republic. 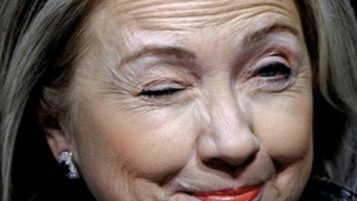