Bruno was jumping up and down about Rush Limbaugh’s analysis of how Pelosi could end the impeachment stuff and save face.

RUSH: Anyway, I mentioned the Pelosi possibility of an impeachment offering. How can she get out of this? And I gave you my theory as to how she could do it. And essentially, folks, it is to just pile on the Republicans as mean-spirited, bigoted partisans and how she just can’t, she can’t bring herself to have done all this work to prove the president’s bribery and extortion all to have these partisan, bigoted Republicans declare him not guilty. That that would be so damaging to America that she can’t do it.

The thing of it is that this was “known” from Day 1. I even did a brilliant piece on this very site titled If there is Truly a God, We Will Get Our Impeachment.

Quoting myself from the equally brilliant piece The Left Turns on NBC.

The question for the Democrats is “now where?” My personal view is that Nancy has long ago lost control of the situation and the only outcome I can see is a vote on impeachment. I’d say there’s an 85% chance of that and I’m going to say a 65% chance of voting to impeach the President.

I rate the chance of impeachment lower than I suspect many of you because there’s some obvious unintended consequences such as the likely probability of the Senate having a protracted trial that Senators running for the Democrat nomination would be required to attend. Also, if there’s anything Donald Trump is an expert at is running a Reality Show particularly when he gets to kick all of the other contestants off the show and declare himself the winner!

I simply do not see how she avoids a vote at this point. The maneuvering has to be ensuring that there aren’t enough votes to actually impeach. What might be possible is a number of Democrat members simply vote “present.” This might actually be a “face saving” since it lets the out of control ones have their vote but keeps all of the unintended consequences at bay.

Regardless, Rush is only wrong-ish because the ultimate blahblah is that it will be the evil Republican Senate’s fault. However, I think things have gone way too far for her to just say it’s over without a vote.

I also thought this was interesting today:

I must say I like the image of the President and his family enjoying Thanksgiving while the Democrats (or at least their staffs) will be busy creating this status report.

My question is why are they doing a status report? What’s the point? It seems like they’re either done or they’re not. Perhaps, as I speculated with Bruno, this will be a trial balloon of sorts. We’ll have to wait and see if this is an attempt to start “setting the table” (in Trump-speak) for “we’ll need to wait until the 2020 election and movie forward if, God forbid, he’s reelected.”

The House Intelligence report is a key step in the impeachment inquiry as its findings will aid the Judiciary Committee in the process of considering articles of impeachment against Trump.

The House is out of town on a week-long Thanksgiving recess and returns on Dec. 3. Though only scheduled to be in session for eight days in the month of December, it is possible Democratic leadership could add days to the schedule if they deem it necessary.

Here’s an interesting tidbit from Politico:

In fact, Judiciary Committee members have received little guidance from party leaders on how the panel will conduct the proceedings or the timeframe for completing them, according to interviews with more than a dozen Democratic lawmakers and aides. They know that the Intelligence Committee will send a report to Judiciary, but beyond that, they don’t know the number of hearings, format, or the timeline for finishing up work.

Another bit from the same article:

A major issue will also be what witnesses Trump wants to call for his defense, if the president decides to present one in the Judiciary Committee. Clinton’s defense team called 14 witnesses during the 1998 impeachment proceedings, according to the panel’s records.

Since President Trump will want to exceed President Clinton’s number, that means at least 15 witness just in the Judiciary Committee.

Another interesting piece of information is that Bill Clinton’s trial lasted just about 1 1/2 months. Assuming the House Intelligence report is final on January 1, 2020, the House immediately votes for the Judicial Committee to begin developing Articles of Impeachment, and then there’s a trial, the best case is an impeachment vote sometime in mid-March.

All I can say is that the Democrats are in a mell of a hess since the entire process guarantees that none of their candidates will get any airtime, won’t be able to campaign, and in the end, Trump will be acquitted. 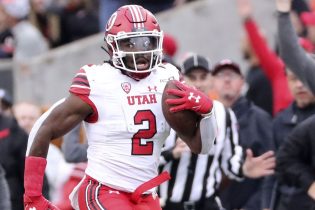