I really, really wanted to like Midway. I really did.

Well, the Americans still won so that was good. It was like a colorized 1940s film with 21st century CGI mixed in. No one even got the girl.

It seemed to me like the dramatic tension started low and stayed low through the entire movie. The battle scenes were more like a video game with no real life and death consequences. A lot of men died but I didn’t feel anything more than if a few science fiction characters were offed. I actually feel kind of guilty about that since I had hoped to go away with a sense of wonder about what these soldiers actually did.

There were all sorts of plots and subplots of which none were developed well enough that I cared all that much.There’s a reenactment of Pearl Harbor but it struck me more like “somebody did something” and now it’s our time to do something.

The scenes of the dive bombers attacking Japanese carriers reminded me of Luke Skywalker destroying the Death Star. The plane in the movie pulls up just in time as its wing dips just slightly into the water. I don’t think so.

The movie is also rated PG and there was evidently an attempt to really tone done the blood and gore. In one scene we see a couple dozen corpses that are covered by sheets and one of our heroes being escorted by a doctor to be shown the scorched body of his buddy. My first thought was that there was going to be a hell of a lot more than a  few dozen bodies. I guess there was a sheet shortage. There were sheets suggesting that they had picked some of the bodies up in parts but they were arranged neatly and seemed to not be soiled in any way. Now we reveal the body and it looked like a something you’d see on Chicago Fire or NCIS New Orleans. I’m not one for gratuitous gore but this was the antithesis of the D-Day scene in Saving Private Ryan.

One of the side plots had to do with Oscar-winning Hollywood producer John Ford being at Midway and shooting live footage. I didn’t know that and I kind of perked up a bit. So what happens? Japs shoot at John Ford, he takes cover, that that’s all we see of him again in the movie. What was the point? Historically interesting but a total waste of film that didn’t add a single thing to the movie.

For some reason, I didn’t like the accent of Navy Lt. Richard “Dick” Best who was from Bayonne, NJ. It just seemed too thick. The actor who plays him is Edward George Skrein who is an English actor and rapper. That explains that. The other major hero is Lieutenant Commander Wade McClusky who I thought sounded a tad British. The actor who plays him is Welsh. Check and double check.

Scott Adams mentioned in a Periscope recently that he likes to ask young people “how many people were killed in WWII?” He gets a lot of thousands to maybe a million. The answer is about 50-55 million. That’s kind of how I felt about this movie. It was historically correct, more or less, but it didn’t feel like Midway was all that bad or all that big a deal except from a war strategy perspective.

By the way, another reason we went to the theater was that we’d miss the “largeness” on the TV screen. This movie was designed for DVD, in my view, and you won’t waste a thing waiting to watch it on Netflix. 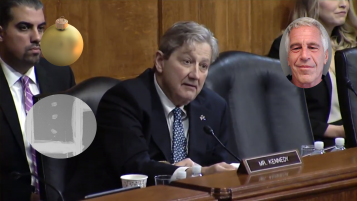