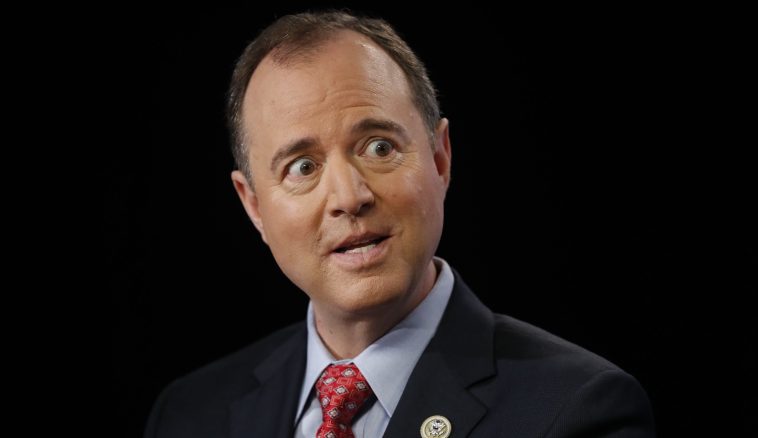 “You know, the Bill of Rights and the Constitution guarantees us due process. This president has been denied due process…. Neither the Democrats in 1973 nor the Republicans in 1998 did anything as one-sided, as secretive and destructive as what Pelosi and Schiff have done.” – Former Speaker of the House Newt Gingrich

Rep. Steve Scalise, R-La., and Rep. Jim Jordan, R-Ohio, told reporters that Schiff shut down a Republican line of questioning during a hearing with Army Lt. Col. Alexander Vindman, the latest current or former Trump administration official to come before Congress in relation to the impeachment probe.

“When we asked [Vindman] who he spoke to after important events in July — Adam Schiff says, ‘no, no, no, we’re not going to let him answer that question,”‘ Jordan said.

Jordan went on to say that Schiff seemed to be breaking his own rules for the hearings, implying the chairman was acting almost as a “lawyer” for Vindman.

Vindman, who serves as a director on the National Security Council (NSC), arrived Tuesday morning to testify before the House Intelligence, Oversight, and Foreign Affairs committees. He expressed concern in his prepared opening statement, obtained by Fox News, over Trump’s request to have Ukraine investigate political opponents.

It also states that he does not know who the whistleblower is whose complaint spurred the beginning of the Democrats’ current impeachment inquiry and does not feel comfortable speculating about the whistleblower’s identity. The inquiry was opened after a whistleblower complaint alleged that Trump, during the July phone call, pushed Zelensky to investigate former Vice President Joe Biden and his son Hunter as military aid to the country was being withheld.

“I pointed out last week there 435 members of Congress … only one of them knows who the whistleblower is, more importantly, who the sources are for the whistleblower who were the basis of him filing this complaint. Now he doesn’t want anyone else to know that,” Jordan said.

Scalise then proceeded to attack the impeachment proceedings in general, using the latest GOP procedural complaint in a further attempt to discredit the Democrats’ impeachment push.

“It’s clear Pelosi needs to declare a mistrial,” Scalise said. “This has been a tainted process from the start. What happened today confirms even worse just how poorly Adam Schiff is handling this process, denying the ability for Republicans to even ask basic questions that are critical to the heart of whether or not a President of the United States is impeached.”

Well, boys and girls, there it is.

If any of you had any doubts that this was nothing but a Soviet-style tribunal with sentencing to a Siberian Gulag to follow, you should not have those doubts anymore.

For Shifty Adam Schiff to be blatantly coaching witnesses and not allow Republicans to ask question of them is as far away from the way that our Founding Fathers intended for our government to operate as the East is from the West.

I can almost understand why some Conservative Americans out there may be seeing visions of gloom and doom running through their heads.

However, now is not the time for weakness.

Now, more than ever, we need to support the President which we, the average Americans between the coasts, or “the Deplorables” as the Queen of Mean Hillary Clinton arrogantly named us, voted into office as the 45th President of the United States of America.

The New York Times Upshot/Siena College Poll of voters in six key battleground states–all won by Trump in 2016–shows impeachment and removal from office is unpopular in Pennsylvania, Michigan, Florida, North Carolina, and Arizona, as well as Wisconsin. By a ten point margin, 53 percent to 43 percent, voters in these six states oppose the impeachment and removal from office of the president.

Can you imagine what the margin is in the “Red States” in “Flyover Country”?

Pelosi and the rest of the Democratic Hierarchy get the polls.

Pelosi will not call the vote to formally impeach President Trump.

She may not even follow through on the vote Thursday. There were accounts yesterday of her walking it back.

She has nothing up her sleeve, as some pundits suggest that she may have.

Heck, she barely has anything left between the ears except for an insatiable thirst for political power.

She will not sacrifice those Democratic House members who live in Red States…not for Adam Schiff or the Squad.

And, even if all of the Dems in the House are stupid enough to vote for a formal Impeachment, Senator Mitch McConnell will not give up his entire political career simply to appease the Democrats.

Nobody of a sane mind would want that kind of legacy.

At this point, the only ones who remain gung ho about continuing the Soviet-style Tribunal in the House are Schiff and the Far Left House Dems who live in a bubble like the 6% of Americans who are Far Left Twitter Trolls living in their Moms’ Basements, eating Cheetos and trolling Trump’s Tweets because it makes them feel as if they are actually accomplishing something.

Come to think about it…

I may have just been describing the same people. 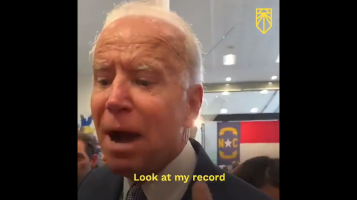