This isn't the first time Adam Schiff has colluded to take down Trump:

—He met with Michael Cohen for 10 hours before his testimony

A spokesman for House Intelligence Committee Chairman Adam Schiff, D-Calif., acknowledged for the first time on Wednesday that the whistleblower alleging misconduct in the White House had reached out to Schiff’s panel before filing a complaint — prompting President Trump, in an extraordinary afternoon news conference at the White House, to accuse Schiff directly of helping write the document.

An aide to Schiff insisted that when Schiff mentioned “we” had not spoken to the whistleblower, he was referring to members of the full House intelligence committee, rather than staff. NBC National Security reporter Ken Dilanian flagged Schiff’s explanation as “deceptive” late Wednesday.

“It shows that Schiff is a fraud. … I think it’s a scandal that he knew before,” Trump said, as the president of Finland stood at an adjacent podium. “I’d go a step further. I’d say he probably helped write it. … That’s a big story. He knew long before, and he helped write it too. It’s a scam.”

Referring to Schiff  — a Trump antagonist who has long claimed to have surefire evidence that Trump illegally conspired with Russians — as “Shifty Schiff,” Trump characterized Democrats’ impeachment inquiry as a “fraudulent crime on the American people.” (Earlier in the day, Trump described the inquiry as “BULLS—,” and mocked Schiff as a partisan “lowlife.”)

At the press conference, Trump suggested Schiff had a “mental breakdown” and may have committed a crime by reciting an inaccurate, exaggerated version of a transcript of Trump’s fateful July call with Ukraine’s leader — a move that Schiff himself later apologetically acknowledged was a “parody.”

Trump also called Joe and Hunter Biden “stone-cold crooked,” citing Hunter Biden’s lucrative business dealings in Ukraine while his father was vice president. Trump went on to threaten litigation concerning what he called false accusations by “the fake news media” and “in many cases, the corrupt media.”

Responding to Trump’s comments, whistleblower attorney Mark Zaid said in a statement to Fox News: “I can unequivocally state that neither any member of the legal team nor the whistleblower has ever met or spoken with Congressman Schiff about this matter.”

The whirlwind day in Washington kicked into gear when The New York Times reported earlier Wednesday that Schiff “learned about the outlines” of the whistleblower’s complaint “days before” it was filed.

…”This is totally unsurprising,” a Republican official close to the matter told Fox News on Wednesday. “Schiff was clearly involved in orchestrating this from the very beginning.”

Republicans have suggested other Democrats besides Schiff may have had advance notice. House Republican Conference Chairman Liz Cheney, R-Wyo., on Monday pushed for answers on how much top Democrats knew about the explosive White House whistleblower’s complaint before it was officially made, after House Speaker Nancy Pelosi’s head-turning comments during a televised interview on Sunday.

“He told me it was perfect, that there was nothing on the call,” Pelosi, D-Calif., said on CBS News’ “60 Minutes,” referring to a conversation she had with President Trump before the Trump administration released either a transcript of his July phone call with Ukraine’s leader or the whistleblower’s complaint.

“But, I know what was in the call,” Pelosi continued, before quickly adding, “I mean, uh, it was in the public domain.”

Pelosi’s remark drew scrutiny from Republicans because no verbatim account of Trump’s call had yet been made publicly available.

So, just like the spider-web of Democratic involvement with Christopher Steele in the FISA Dossier, this big to-do about a phone call between President Trump and the President of Ukraine is a big fat nothingburger, prepared by Shifty Adam Schiff.

I have noticed that San Fran Nan  does not seem to want to talk about the dog and pony show which she has set in motion all of the sudden.

I am betting that the Democrats’ Internal Polling shows a less-than-enthusiastic reception among American Voters to this latest bunch of lies designed to overturn the results of the 2016 Presidential Election.

Considering the rate at which this Ukraine Call “Scandal” is disintegrating, Pelosi will probably put off the vote for as long as she can.

The Democrats’ only strategy now, given the lack of a case for impeachment and the horribly weak potential Presidential Candidate Field is to continue to make outlandish requests through subpoenas for information which they are not entitled to and to continue to hold nonsensical unwatchable day-long sub-committee meetings with former bureaucrats who have an axe to grind against the President.

Realistically, though, average Americans are not buying what the Democrats are trying to sell them.

While President Trump has been rebuilding America’s economy and shrinking unemployment to record lows, all the Democrats have been doing is spending American Taxpayers’ hard-earned money in order to overturn their votes from the last Presidential Election.

In other words, while President Trump has been building a reputation as a President follows through on his promises…all the Democrats have been doing is building up resentment from average Americans.

I imagine at some point though, Pelosi will be forced to call for a vote on impeaching President Trump.

Whether she ever does or not, it will not matter.

The Democrats will lose in 2020 and they will have no one to blame but themselves. 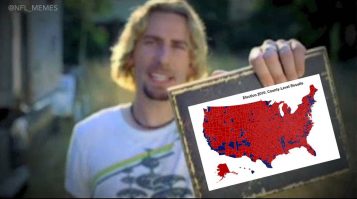