After being told by The Powers That Be in Minneapolis politics that they could not wear police uniforms to this Thursday’s rally at Target Center the city’s Cops have decided to strike a blow for Free Speech:

The Minneapolis police union has come out with a “Cops for Trump” T-shirt, just days after the Police Department banned officers from wearing their uniforms in support of candidates at political events or in ads.

Lt. Bob Kroll, head of the officers’ union, posted the T-shirt image on his personal Facebook page, saying the shirts will be for sale starting Monday at the union’s headquarters for $20 each and will soon be available online.

Sparta Report has run two previous posts on The Mayor versus The Cops: story 1 linked here and story 2 linked here.

Your Uncle Bruno is usually too much of a modest gentleman to embed such self-serving click-bait in his posts but Extraordinary Times demand Extraordinary Measures.

So move that mouse and push the clicker.

Do it for Rubbish…

ps: here’s the link for the Minneapolis Police Federation.  The tee shirts will be on sale there soon. 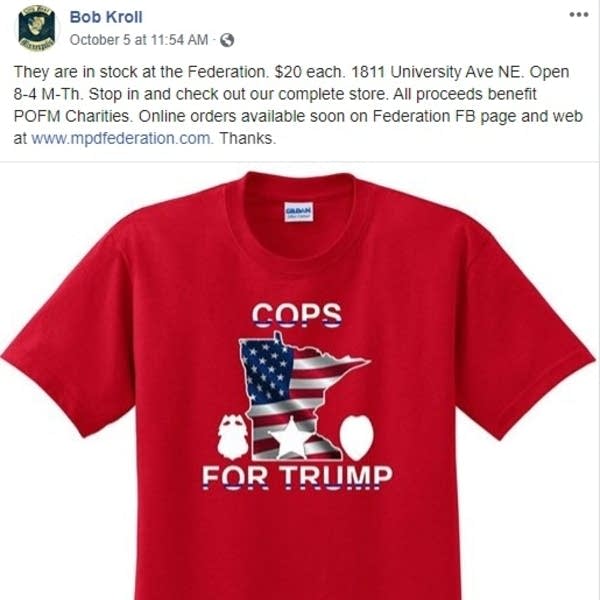