This may be President Trump’s finest hour.

In a dramatic sign of how Democrats’ messaging apparently backfired, NBC’s “Saturday Night Live” ran an ill-timed sketch suggesting that Trump had created “jobs” for ISIS — just hours before the president held a news conference announcing al-Baghdadi’s demise. The sketch aired around the time the two-hour late-night raid in northwest Syria was underway.

“It’s genuinely fascinating watching Democrats in real-time struggle to figure out what to say about this,” journalist Glenn Greenwald wrote on Sunday. “They want to be patriotic and anti-ISIS, but also need a way to malign Trump without contradicting their gushing Obama praise over [Usama bin Laden]: not an easy balancing act. Good luck!”

Through the day, the Democrats — including House Speaker Nancy Pelosi, Senate Foreign Relations Committee ranking member Bob Menendez and former Vice President Joe Biden — seemingly settled on a new strategy. They praised the troops who executed the historic raid, while pointedly avoiding complimenting the president in any way.

Congressional Democrats also lamented that they were not informed in advance of the operation, while the Russian military was told so that their airspace could be used. The president suggested Sunday that Democrats in Congress, who have been conducting an impeachment inquiry against him that has been fraught with leaked information to the media, were not notified before the raid because of concerns they might compromise the operation with leaks.

“I congratulate our special forces, our intelligence community, and all our brave military professionals on delivering justice to the terrorist Abu Bakr al-Baghdadi,” Biden, one of the many Democrats seeking to unseat Trump in 2020, said. He went on to call on Trump to “keep up the pressure to prevent ISIS from ever regrouping or again threatening the United States.”

Pelosi, meanwhile, praised the “heroism, dedication and skill of our military and our intelligence professionals and acknowledge the work of our partners in the region,” then condemned Trump’s “green-lighting of Turkish aggression into Syria against our Kurdish partners.”

However, in May 2011, when President Obama announced Usama bin Laden’s death, Pelosi, D-Calif., was much less reluctant to praise the commander-in-chief.

“I salute President Obama, his national security team, Director Panetta, our men and women in the intelligence community and military, and other nations who supported this effort for their leadership in achieving this major accomplishment,” Pelosi said at the time.

Some commentators also noted that The Washington Post also had applied a different standard on Sunday than it did when bin Laden was killed. “Abu Bakr al-Baghdadi, austere religious scholar at helm of Islamic State, dies at 48,” read a head-turning, since-changed headline in the Post.

The sympathetic obituary described the terror leader as “a shy, nearsighted youth who liked soccer but preferred to spend his free time at the local mosque” and noted that “despite the group’s extremist views and vicious tactics, Mr. Baghdadi maintained a canny pragmatism as leader.”

But in 2011, the Post’s headline announcing bin Laden’s death flatly called him the leader of a “terrorist group.”

In her statement Sunday, Pelosi further demanded that the “House must be briefed on this raid, which the Russians but not top congressional leadership were notified of in advance, and on the administration’s overall strategy in the region.”

In what can only be described as brilliant strategy and leadership by a Commander-in-Chief, the 45th President of the United States of America, in an amazing bit of sleight-of-hand, made the entire world believe that he was abandoning Syria to the Islamic barbarians known as ISIS.

And, once again, while all of his and America’s enemies believed that they have all of the answers, President Donald J. Trump changed the questions.

And, stole the spotlight of the 24-hour News Cycle away from the Democrat Elite…again.

The President was exactly right when he gave his explanation of why he left Pelosi and the rest of the Democrats out of the loop as to the nature and timing of the military strike.

Years ago, I would not have believed that I would have been writing this, but I firmly believe that there are those in the Democratic Party Leadership who would have found a way to contact ISIS in order to tip them off in order to damage and embarrass President Trump.

House Dems such as Pelosi, Schiff, Nadler, etc., are so eaten up with Trump Derangement Syndrome and their all- consuming thirst to regain the power of the Presidency that aiding a sworn enemy of our country, the murderous Radical Islamists of ISIS, would not have bothered them at all. Not one little bit.

And, for them to oppose Trump’s secrecy is the height of hypocrisy, considering that they are attempting to impeach him behind closed doors in an ultra-secure room.

However, the House Democrats are not the only ones with egg on their faces.

The Far Left actors and “comedians” of Saturday Live, including the boorish idiot, Alec Baldwin, now look awfully stupid for their skit about President Trump’s “benevolence” toward ISIS.

But, then again, SNL has been unwatchable since the days of Eddie Murphy and Joe Piscopo.

I have a couple of last thoughts I would like to share with the Democratic Party, the House Dems, the Hollywood Libs, and the rest of the NeverTrumpers:

Speaker Pelosi, if you and your fellow travelers want respect from the President, perhaps you should have respected him

And, that same arrogant attitude is about to make history repeat itself. 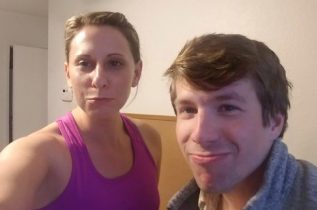 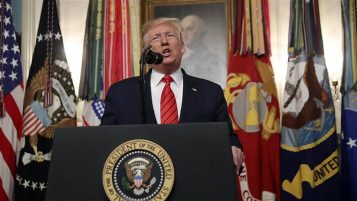