The Women’s March has announced that they have cut ties with Muslim activist Linda Sarsour, as well as two other original founders-Tamika Mallory and Bob Bland. The split (re: firing) comes amid accusations of anti-Semitism and financial mismanagement.

The Washington Post (archive link) detailed the extremely diverse group of people that would be replacing its three founding members:

A diverse cast of 16 new board members that includes three Jewish women, a transgender woman, a former legislator, two religious leaders and a member of the Oglala tribe of the Lakota nation will inherit an organization recovering from a failed attempt to trademark the Women’s March name and fractured relationships with local activist groups and the Jewish community.

“Fractured relationships” with the Jewish community is, of course, WaPo’s polite way of saying Linda Sarsour and Tamika Mallory are raging anti-Semites whose views are problematic for a group claiming to support all women. Linda Sarsour has long been accused of anti-Semitism. The Times of Israel dug up some of Linda Sarsour’s more bigoted tweets back in 2017.

To start off, Sarsour has specifically singled out Jews for attack.

“Only Jews in my notifications every night are ones that condone violence against Arabs and are cool with mosques being attacked.”

She also implied in a tweet that there was something peculiar going on when leaders of US Jewish organizations had a meeting with Trump.

“The Conference of Presidents of Major American Jewish Organizations is co-hosting a Hanukkah party at Donald Trump’s hotel in DC? (thinking face emojis)”

The Conference of Presidents of Major American Jewish Organizations is co-hosting a Hanukkah party at Donald Trump’s hotel in DC? ????????

Is Sarsour trying to imply that major Jewish organizations have some sinister agenda or planned collusion with President Trump simply because they met with him? Organizations from all walks of life have meetings with the President of the United States, so why even mention this?

Women’s March co-founder Tamika Mallory has not been without her fair share of controversy either. Mallory has long attended the Nation of Islam’s “Savior Day” event, and has heaped praise on infamous racist Louis Farrakhan many times in the past. Mallory caught heat for her association with Farrakhan back in 2018, and infamously defended a man whose bigotry would make a KKK Grand Dragon blush.

The decision by the Women’s March to finally cut ties with Sarsour and Mallory comes just as the 2020 election season has begun heating up. Organizers have said they can no longer afford the distractions and controversies that have dogged the Women’s March since its founding.

Whether or not jettisoning these two racists will help the Women’s March move past its problems is doubtful.

The fact that it took them two years to get rid of Sarsour and Mallory is proof enough of that. 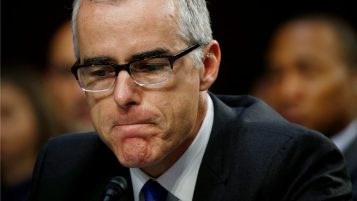