I thought I’d sit down this morning and do some analysis of the Democrat candidates.

And, perhaps, it’s not even possible since all they seem to be doing is trying to see who can go as far left as possible to win the nomination. I don’t think any of them have a plan after that other than to deny the things they’ve said and claim it was all taken out of context.

And now today we have Biden with this:

This is BIZARRE!
Here's Joe Biden telling the story of his face-off with a gang of razor-wielding ne'er-do-wells led by a guy named 'Corn Pop.' pic.twitter.com/DddRtWgdza

And because things aren’t weird enough —

So there you go. Talk among yourselves. I’m going to go sit on my deck and finish my coffee. 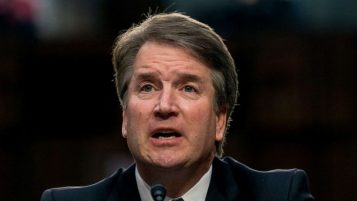