“Their (the Democratic Party’s) media is not telling them about blowback. Their media isn’t reporting what people who disagree with them are saying or doing. They’re ignorant of it.”

A defiant President Trump said during a press conference in New York Wednesday that he wants “full transparency” not only over the “so-called whistleblower” allegations leveled against him, but also “from Joe Biden and his son Hunter on the millions of dollars that have been quickly and easily taken out of Ukraine and China.”

Trump additionally demanded “transparency from Democrats who went to Ukraine and attempted to force the new president … to do things that they wanted under the form of political threat. They threatened him if he didn’t do things — now that’s what they’re accusing me of, but I didn’t do it.”

The aggressive move signaled that the White House would seek to turn the tables against Democrats who have initiated an impeachment inquiry, following the whistleblower’s complaint that Trump had improperly pressured Ukrainian President Volodymyr Zelensky to investigate Biden. Zelensky, speaking across from Trump just an hour earlier, told reporters he did not feel “pushed” at all in his conversations with the president.

Earlier in the day, the White House released a transcript of Trump’s July call with Zelensky, showing Trump sought a review of Biden family dealings in the country. But the transcript also did not demonstrate that Trump leveraged military aid to Ukraine to obtain a “promise” on a Biden investigation, as a widely cited report in The Washington Post had claimed.

At the press conference, Trump specifically called attention to a little-discussed CNN report from May, which described how Democratic Sens. Robert Menendez, Dick Durbin, and Patrick Leahy pushed Ukraine’s top prosecutor not to close four investigations perceived as critical to then-Special Counsel Robert Mueller’s Russia probe — and, by Democrats’ current logic, seemingly implied that their support for U.S. aid to Ukraine was at stake.

“The Democrats have done what they’re accusing me of doing,” Trump said.

The Democratic senators wrote in a letter to Ukraine’s leader at the time: “In four short years, Ukraine has made significant progress in building [democratic] institutions despite ongoing military, economic, and political pressure from Moscow. We have supported [the] capacity-building process and are disappointed that some in Kyiv appear to have cast aside these [democratic] principles to avoid the ire of President Trump.”

The senators called for the top prosecutor to “reverse course and halt any efforts to impede cooperation with this important investigation.”

The Post’s Marc Thiessen initially flagged the letter on Tuesday, calling it evidence of a “double standard” among Democrats.

“Senator Chris Murphy literally threatened the president of Ukraine that if he doesn’t do things right, they won’t have Democrat support in Congress,” Trump added.

That was a reference to the Connecticut Democrat’s comments at a bipartisan meeting in Kiev earlier this month, when Murphy called U.S. aid the “most important asset” of Ukraine — then issued a warning.

“I told Zelensky that he should not insert himself or his government into American politics,” Murphy said, according to The Hill. “I cautioned him that complying with the demands of the President’s campaign representatives to investigate a political rival of the President would gravely damage the U.S.-Ukraine relationship. There are few things that Republicans and Democrats agree on in Washington these days, and support for Ukraine is one of them.”

Responding to Trump’s statements, Murphy said that “in the meeting Republican Senator Ron Johnson and I had with President Zelensky three weeks ago, I made it clear to him that Ukraine should not become involved in the 2020 election and that his government should communicate with the State Department, not the president’s campaign. I still believe this to be true.”

But in colorful language, Trump told reporters that the evidence clearly showed Democrats were disingenuously attacking him for political gain.

“We have the greatest economy we’ve ever had,” The president said. “When you see little [House Intelligence Committee Chair] Adam Schiff go out and lie and lie and stand at the mic, smart guy by the way. … Then he goes into a room with [House Judiciary Committee Chair Jerry] Nadler, and they must laugh their asses off.”

Not all Democrats in the House have been on board with impeachment. 2020 presidential candidate Rep. Tulsi Gabbard, D-Hawaii, said Wednesday that the Ukraine transcript did not present a “compelling” reason to impeach the president.

Taking the fight to the Democrats over the scores of Democrats who do support an impeachment inquiry could pay dividends for Republicans ahead of next year’s elections. The National Republican Congressional Committee indicated Wednesday that its fundraising was up 608 percent after Democrats’ impeachment push.

And the Trump reelection campaign and GOP announced they had raised a combined $5 million in just 24 hours.

Because they have become encapsulated by their own egomaniacal grief over losing the 20116 Presidential Election, they continue to lash out against President Donald J. Trump, hoping to get him out of office to somehow regain control of the White House and the direction of our Sovereign Nation.

There are some who are saying that the Democrats will not really care if Joe Biden is taken down during this latest “Impeachment inquiry, since it is very apparent that Joe committed a crime while Vice-President by pulling strings in both China and Ukraine on behalf of his cocaine-snorting son, Hunter.

Even if Fauxahontas herself, Elizabeth Warren is chosen by the Democratics as their candidate, what is she going to run on, the success of Obama’s Presidency?

I told a friend yesterday that I would love to see Warren campaign down here in Mississippi, where Americans open carry, as it is legal.

She would be as out-of-place as Madonna doing a commercial for Virgin Mobile.

If the American public believed that Obama did a great job as president, Hillary Clinton would have been elected to succeed him.

When you say that to a Democrat, of course, they will bring up the “Popular Vote” argument.

And, of course, the answer to that is the fact that we are not a mob-ruled Democracy. We are a Constitutional Republic and Trump won an overwhelming majority of states, giving him the Electoral Votes he needed.

Our Founding Fathers, in their infinite wisdom, created this Blessed Land as a Constitutional Republic in order to provide fair and equal representation to all areas of the country, whether they be densely populated “urban” areas or sparsely populated “rural” areas.

No American’s vote is more important than somebody else’s.

When I voted down here, outside Memphis, Tennessee, in the Northwest Corner of the Magnolia State on November 8, 2016, it counted the same as a Democrat voting in one of the boroughs of New York City.

The Founders created and put in place the Electoral College in order to prevent just what the “Democratic Socialists” in the New Far Left Democratic Party have been crying for since they lost the 2016 Presidential Election: a nation where its leaders are selected by mob rule in which special interest groups of a minority political philosophy joined together to form a voting bloc in order to “radically change” the course of a Sovereign Nation.

One of our Founding Fathers, James Madison, explained in no uncertain terms why he and his fellow patriots did not form our Sovereign Nation as a “democracy”…

[In a pure democracy], [a] common passion or interest will, in almost every case, be felt by a majority of the whole; a communication and concert results from the form of government itself; and there is nothing to check the inducements to sacrifice the weaker party or an obnoxious individual. Hence it is that such democracies have ever been spectacles of turbulence and contention; have ever been found incompatible with personal security or the rights of property; and have in general been as short in their lives as they have been violent in their deaths

Madison, who would go on to become president, was a prophet.

He not only predicted the problems of governing by “democracy”, he predicted the flaws in Marxist Theory, including the “Democratic Socialism” which the Democrats are advocating.

When the Mueller Investigation ended the toothless House Committees began a new search to get Trump on something…ANYTHING…resulting in this comedy of errors leading to Pelosi’s less-than-inspiring “Impeachment Inquiry” announcement which will lead to another failed impeachment vote.

There is nothing in the transcript of Trump’s phone call with the Ukrainian President that is cause for impeachment..

And, even if they succeeded in getting it out of the House, the Senate would block it.

They had better circle their wagons around Sleepy Joe and his useless kid, they are going to be in serious trouble.

Finally, if Inspector General Horowitz’s Report and Attorney General Barr’s Investigation come back the way it is believed that they will, the Democrats won’t be able to win a election for Dogcatcher…much less for President of the United States of America.

And, it couldn’t happen to a more disserving bunch. 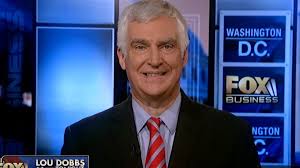