Major League Baseball announced today that they are building an 8,000 seat stadium in the Dyersville, Iowa cornfield right next to the real Field of Dreams movie site and the Yankees & White Sox will be playing a season game on that diamond in August of 2020.

“Field of Dreams” will become a big-league reality on Aug. 13, 2020, when the beloved 1989 baseball movie will spring to life in the Iowa cornfields. As announced Thursday, the White Sox and Yankees will stage the first-ever Major League game in the Hawkeye State, in a temporary 8,000-seat ballpark constructed in the corn on the Dyersville farm site where the classic film was shot.

Construction on the small ballpark that will house the game will begin next Tuesday, exactly one year from the date of the game and a little more than 30 years from the release of the movie starring Kevin Costner and based on W.P. Kinsella’s Shoeless Joe novel.

As to the question of “Is this Heaven?” the answer is located one state north – mosquitoes and all… 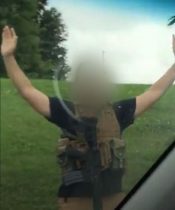