CNN’s Don Lemon interviewed Reverend Bill Owens about a meeting he and other black pastors attended with President Trump on Monday.

During the course of the interview Lemon made it very clear to Rev. Owens and his entire audience that he was only interested in trashing Trump. Don Lemon tried several times to get Rev. Owens to call President Trump a racist.

Owens flat out refused to do so.

That’s when Don Lemon got angry.

I had debated doing some commentary on this. In the end, however, I decided to post the video unedited without any commentary. Don Lemon’s horrible behavior speaks for itself. 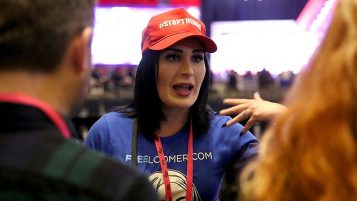