Not under oath obviously, but a flat-out lie. https://t.co/J8BlDJze48

While Rosenstein didn’t explicitly mention Comey, his initial tweet quoted a letter in which he cautioned against violating Justice Department policy because of short-term circumstances.

“It is important for the Department of Justice to follow established policies and procedures, especially when the stakes are high,” Rosenstein wrote.

In the preceding paragraph, he mentioned that Comey seemed to argue that circumstances justified both his disclosures about the Russia investigation and his 2016 letter about the investigation into former Secretary of State Hillary Clinton’s emails.

“It may seem tempting to depart from Department policies and traditions in an effort to deflect short-term criticism, but such deviations ultimately may cause a loss of public confidence in the even-handed administration of justice,” Rosenstein added. “We should be most on guard when we believe that our own uncomfortable present circumstances justify ignoring timeless principles respected by our predecessors.”

Rosenstein’s tweet came as Comey responded to a critical Inspector General report by highlighting its conclusion that he didn’t leak any classified information — despite the fact that the report also blasted his decision to violate FBI policies.

CNN Legal Analyst Renato Mariotti responded to Rosenstein by accusing him of a double standard, arguing that the deputy failed to call out Attorney General William Barr.

“You speak up about Comey failing to ‘follow established policies and procedures’ but stood silently beside Barr when he misled the public about Trump,” Mariotti said, apparently referring to Barr’s decision to summarize former Special Counsel Robert Mueller’s report on the Russia investigation.

Mariotti also criticized the president, accusing Trump of using “his power to try to quash investigations of him and his friends.”

Rosenstein responded to Mariotti by saying: “Notice how this pundit completely misses the point and thereby illustrates it.”

“Asinine. Comey did what he did because the president was actively trying to dismantle DOJ’s normal way of operating,” Miller tweeted.

“The AG [Jeff Sessions] and the DAG [Rosenstein] were both complicit, so Comey had no where [sic] else to take his concerns,” Miller added.

Rosenstein responded by linking to Miller’s own Washington Post op-ed which blasted Comey’s “abuse of power” in the Clinton email investigation.

“Another pundit illustrates my point: In 2016, he agreed policy violations ‘should trouble anyone who believes in the rule of law and fundamental principles of fairness’ Rosenstein tweeted. “Many employees dislike supervisors, but most keep faith with government institutions.”

However, as average Americans found out during the Obama Administration, the rules did not apply to the Obamas or anyone who worked for them, as James Comey did.

Let’s face it, y’all…Former FBI Director James Comey is a self-righteous Prima Donna, not unlike the Democrats in the House of Representatives.

People like Comey believe themselves to be smarter than everyone else.  So therefore, the rules do not apply to them.

I am certain that when he found out that President Trump was going to keep him on as FBI Director, he, along with his “fellow travelers” conspired as to use his position to aid in the ongoing Deep State Operation to remove President Trump from office.

So, why is the Department of Justice not seeking to file charges against Comey?

I am guessing it is because he will be charged along with other members of the “Silent Coup” Operations Team for FISA Abuse, which is a part of the DOJ Probe which was ordered by Attorney General Barr and is currently being carried out by U.S. Attorney John Durham.

In fact, FoxNews.com reported on August 8th that

The partially redacted documents, first obtained by Judicial Watch, also revealed that top Justice Department official Bruce Ohr maintained contact with Steele for at least six months after Steele was fired by the FBI for unauthorized media contacts in November 2016.

The records further confirm that Ohr knew of Steele’s anti-Trump bias before the 2016 election.

“This is just the tip of the iceberg,” Senate Judiciary Committee Chairman Lindsey Graham, R-S.C., told Fox News’ “Hannity” Thursday evening. “I know personally there’s a lot more out there.”

The summaries of FBI interviews with Ohr, known as 302s, showed that Ohr knew by September 2016 — a month before the initial FISA application to surveil the Trump campaign — that Steele was “desperate that Donald Trump not get elected and was passionate about him not being the U.S. President.”

A source close to the matter told Fox News “this had the effect of putting a senior DOJ official on notice that a witness/source had an extreme bias.”

Nevertheless, the FISA warrant application went through in October 2016 with multiple renewals.

Of course, to this day Comey denies knowing who funded the Steele Dossier.

If you believe that the head of the Federal Bureau of Investigation did not know what his top agents were involved in nor have any knowledge of the Secretary of State’s activities and those of her confidantes’, I have two bridges over the Mississippi River at Memphis, Tennessee to sell you.

I’m from the Government and I’m here to help.

The Deep State Operatives within the FBI and the DOJ conspired to overturn the results of the 2016 Presidential Election via means of a seditious plot which like a Machiavellian spider’s web, reached into the Halls of Power in Washington, D.C.

Add into that mix an extra-marital affair between these bureaucrats and, to paraphrase, “the affairs of mice and men (and agents) will indeed go awry”.

I’ve got a feeling that very soon Former FBI Director James Comey and his co-consirators will find the spotlight of justice shining directly upon them.

And, like cockroaches in a kitchen in a Raid commercial, when the lights comes on, there will be a reckoning. 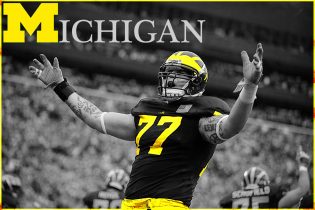