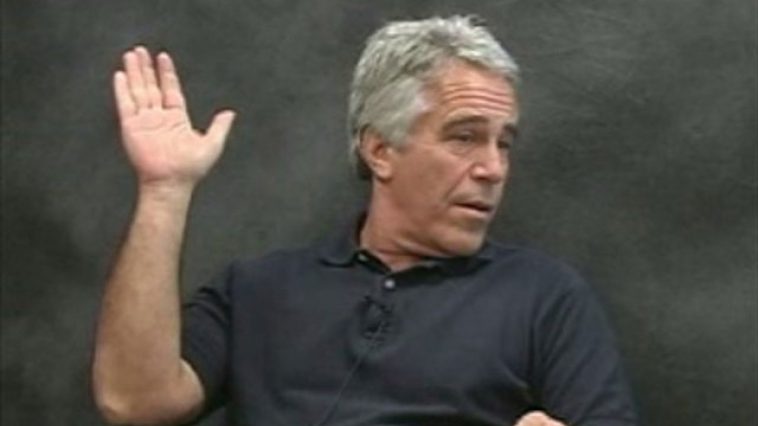 The questions and bits of story info emerging in the case of Jeffrey Epstein’s alleged suicide just make this situation look worse and worse. This post will be used to summarize the disturbing facts of the case as they are presently known and paint a picture of the magnitude of the failures on the parts of the authorities to keep Epstein safe.

Please keep in mind that any of this is potentially subject to change, because the source for many of these media reports are unnamed sources, and any news story where sources refuse to go on the record must always be taken with a grain of salt.

First up, Epstein was taken off suicide watch about two weeks ago after his July 23 suicide(?) attempt:

Multiple sources told News 4 that Epstein had been placed on suicide watch after the July incident. On Saturday, two sources familiar with the matter said Epstein was not on suicide watch when he died, adding that he was in his own cell.

Epstein underwent a psychiatric investigation after the July incident, which found he could be taken off suicide watch and he was sent back to his cell in the Special Housing Unit about two weeks ago, sources familiar with the investigation told NBC 4 New York.

Another NBC story says the decision was made July 29th to take him off suicide watch. Epstein was only on suicide watch for less than a week.

Epstein’s previous suicide attempt is also extremely suspicious. The details of this suicide attempt were never released to the general public to the best of my knowledge, and Epstein claimed to have been attacked, according to the Daily Mail:

Jeffrey Epstein told prison guards and fellow inmates that he believed someone had tried to kill him in the weeks before his death, a source has revealed to DailyMail.com

The insider, who had seen the disgraced financier on several occasions during his incarceration at the Metropolitan Correctional Center, also claims that the normally reserved Epstein seemed to be in good spirits.

‘There was no indication that he might try to take his own life,’ the source told DailyMail.com

‘From what I saw, he was finally starting to adjust to prison. I think he was comforted by the rigidity of his new life.’

Experts are shocked that Epstein was allowed off suicide watch:

“For them to pull him off suicide watch is shocking,” Cameron Lindsay, a former warden who worked at three federal facilities, told NBC News. “For someone this high-profile, with these allegations and this many victims, who has had a suicide attempt in the last few weeks, you can take absolutely no chances.”

To no one’s surprise, there is no video of the incident. Epstein’s cell allegedly wasn’t even being watched at all:

There’s no surveillance video of the incident during which Jeffrey Epstein apparently hanged himself in a federal lockup in Lower Manhattan, law-enforcement officials told The Post on Sunday.

Although there are cameras in the 9 South wing where the convicted pedophile was being held at the Metropolitan Correctional Center, they are trained on the areas outside the cells and not inside, according to sources familiar with the setup there.

Federal prison officials violated normal procedures by leaving Epstein, 66, alone without a cellmate and not checking on him every 30 minutes the night before he was found, according to a report Sunday.

The AP put out a story trying to suggest the guards were too “overworked” to follow basic procedures despite Epstein’s high profile nature:

Guards on Jeffrey Epstein’s unit were working extreme overtime shifts to make up for staffing shortages the morning of his apparent suicide, a person familiar with the jail’s operations told The Associated Press.

The person said that the Metropolitan Correctional Center’s Special Housing Unit was staffed with one guard working a fifth straight day of overtime and another who was working mandatory overtime. The person wasn’t authorized to discuss jail operations publicly and spoke Sunday on the condition of anonymity.

The jail staff failed to follow protocols leading up to Epstein’s death , according to a report from The New York Times , deepening the fallout from what led to the highly connected financier’s apparent suicide.

Even more disturbing in the AP story linked above is the news that Epstein had a cellmate, and that cellmate was transferred the day he died, leaving Epstein alone:

A law enforcement source also told the Times he was alone in his cell early Saturday after his cellmate was transferred. An official with knowledge of the investigation told the paper that the Justice Department was told Epstein would have a cellmate and be monitored by a guard every 30 minutes.

Carol Leonnig, a WaPo reporter and MSNBC contributor, has reported that “people close to Epstein” think he was murdered:

People close to Epstein fear he was murdered…as Epstein told authorities someone tried to kill him in a previous incident weeks earlier. He was described as being in good spirits in recent days… https://t.co/J9QNSo1N2v

Epstein’s representatives (his lawyers?) are also clearly suspicious because they sent a celebrity pathologist to oversee the autopsy:

Chief Medical Examiner Barbara Sampson also noted that Epstein’s representatives have hired celebrity pathologist Michael Baden to conduct an independent autopsy and they were allowed to observe the autopsy. Baden, who served at the city’s chief medical examiner in late 1970s, has made a career investigating high-profile deaths, including Michael Brown, who was killed by a police officer in Ferguson, Missouri, and former New England Patriots star Aaron Hernandez. Baden also testified at the murder trials of O.J. Simpson and Phil Spector.

It was not immediately clear if Epstein’s body had been released or who was going to be claiming it, or who “those representing the decedent” were.

Finally, the New York Post interviewed an ex-inmate who had been held in the prison’s Special Housing Unit. News articles above specify this is where Epstein was held even after he was off suicide watch:

Between the floor and the ceiling is like eight or nine feet. There’s no way for you to connect to anything.

You have sheets, but they’re paper level, not strong enough. He was 200 pounds — it would never happen.

Could he have done it from the bed? No sir. There’s a steel frame, but you can’t move it. There’s no light fixture. There’s no bars.

They don’t give you enough in there that could successfully create an instrument of death. You want to write a letter, they give you rubber pens and maybe once a week a piece of paper.

Nothing hard or made of metal.

Epstein tried to kill himself on July 23rd. No details about how Epstein tried to kill himself were released (that I know of), so we don’t really know exactly what happened in that first attempt other than there being “marks on his neck.” Anonymous sources told the press Epstein was afraid of being murdered at the time. After less than a week, Epstein was taken off suicide watch.

He was then put in a cell in the Special Housing Unit with a cellmate. This cell was unmonitored by video. The cellmate was transferred away the day he died, and he was left alone. Guards did not perform basic safety checks. An ex-inmate was mystified as to how Epstein could have committed suicide in the Special Housing Unit because the implements/means to do so should not have been available to him in the area where he was being housed. “People close to Epstein” think he was murdered.

Is the public expected to believe this was a simple suicide? I sure don’t believe it. Even most lefties don’t seem to believe it – they just think Trump was the one who had him killed.

I’m not going to try to spin theories about who killed Epstein. The problem in identifying his killer is that there is a list of people a mile long, because so many people were implicated in the crimes he committed. Dozens of people had reasons to want him dead. The Clintons were on this list, of course, but so were many other rich and powerful people.

There is no way that the general public is going to accept claims of “suicide.” Epstein was one of the most high profile prisoners in the country and was about to implicate a network of rich, politically connected, and powerful pedophiles in court. These people will now almost certainly get off scot free.

The Epstein “suicide” is going to be the next Kennedy assassination, and will remain in the public consciousness for decades.