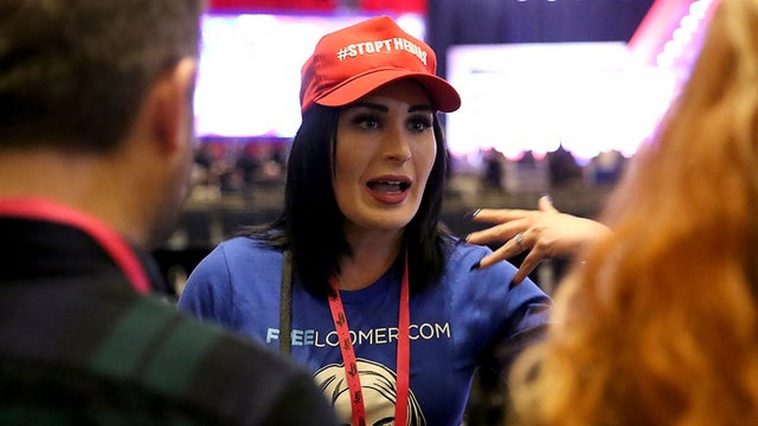 Conservative Jewish activist Laura Loomer has announced that she is officially running for Congress.

Loomer will be running as a Republican in FL-21 against Democrat incumbent Lois Frankel. FL-21 encompasses Palm Beach County and is a Democrat-heavy district.

Laura Loomer has been banned from almost all social media platforms-as well as several online payment processors-due to her outspoken conservative views. Most recently, Laura Loomer infamously handcuffed herself to the door of Twitter’s HQ.

Honestly, I’m not 100% sold on Loomer’s candidacy. While she’s made a name for herself as a “free speech activist,” she’s taken some decidedly anti-free speech actions. You might remember that Laura Loomer was one of the people urging Harvard to rescind Kyle Kashuv’s admission to Harvard.

That particular incident stemmed from some decidedly shocking comments Kashuv made among friends in a private message board when he was sixteen years old. Laura Loomer took it upon herself to be one of the gatekeepers that decreed that a young man fresh out of high school deserved to have his name dragged through the mud.

Kyle Kashuv will forever be remembered as “that racist kid who was kicked out of Harvard” because of Laura Loomer’s actions.

Call me a RINO if you want, but do we really want someone like that representing conservatism in Congress?