We took the 10 commandments now and removing them from the courthouse and we’re getting them out of our psyche. We took God out of our schools. Well, if you started with young people and you taught them, you rebuke them, you corrected them, you trained them, you instructed them to obey their father and mother, honor their father and mother, don’t murder, don’t lie, don’t steal from a young age, is anyone trying to tell me that we wouldn’t have a better society? I mean, it’s nuts. – Phil Robertson

The gunman who killed three people at a Northern California food festival Sunday night turned and fired his “AK-47-type assault rifle” at responding officers before being fatally wounded, police say, as they continue investigating what may have led Santino William Legan to carry out the horrific assault.

Gilroy Chief of Police Scot Smithee told reporters Monday afternoon the attack at the Gilroy Garlic Festival resulted in the deaths of a male in his 20s, a 13-year-old female and a 6-year-old.

“Despite the fact that they were outgunned with their handguns against a rifle, those three officers were able to fatally wound that suspect,” Smithee said, describing how officers among those already at the event to provide security engaged the gunman less than a minute after the first shots rang out.

“It could have gotten so much worse, so fast,” he added.

Police believe Legan legally purchased the rifle in Nevada on July 9 before returning to California with it at some point. A motive for the shooting has yet to be determined.

“Mass gun violence is an epidemic in the United States yet one can never imagine such a thing would happen here in our beautiful community,” Gilroy Mayor Roland Volasco said.

Volasco also hailed police for their quick response, saying the officers “undoubtedly saved many lives by putting their own lives in danger.

“It takes remarkable bravery to run to a shooting when the natural reaction for all of us is to run away,” he added.

Smithee said the gunman gained access to the festival by cutting through a fence near a creek area. He said some witnesses reported a second suspect, but police could not immediately confirm those reports and it was unclear if that person also had a weapon or may have been providing some support to the shooter.

The band TinMan was just starting an encore at the festival when shots rang out.

Singer Jack van Breen said he saw a man wearing a green shirt and grayish handkerchief around his neck fire into the food area with what looked like an assault rifle. Van Breen and other members of the band then dove under the stage.

During the chaos, Van Breen says he heard someone shout: “Why are you doing this? “and the reply was: “because I’m really angry. “

“We grieve for their families and we ask that God will comfort them with his overflowing mercy and grace,” he added. “We are praying for those who are recovering right now in the hospital, some very, very serious injuries. We thank the brave members of law enforcement — they never let us down — who swiftly killed the shooter.”

The Santa Clara Medical Examiner identified one of the victims as 6-year-old Stephen Romero, of San Jose.

“He had his whole life to live,” Alberto Romero, the boy’s father, told NBC Bay Area.

Ryan Wallace, a witness, told the channel that he watched the gunman — who was almost dressed like a police officer — raise his gun up and started to “spray rounds.” The gunman walked through the crowd, he said.

“He wanted to get stuff done,” he said. “It was horrifying.”

Personal videos posted to Twitter appeared to show large crowds evacuating the festival. Many witnesses said the shots sounded like fireworks and there initially was confusion over the source of the noise.

One witness told KTVU that he heard what he believed was 30 rounds. Some witnesses said the gunman was in army fatigues.

Natalie Martinez, a Gilroy resident, told the Mercury News that she had gone to get food and separated from her two daughters. “I ran to find the girls and we basically ran into each other. I thought, ‘We’re open prey.’ It was awful.”

There are no excuses which can suffice in regards to the actions of this young man who so heinously and efficiently took the lives of those whom he struck down in cold blood.

In both the case of Santino William Legan and the mass murderer of innocents at Parkland High School in Florida, there were markers along the way which should have told those who were involved in their lives, both parents and friends, that there was something just not right with them.

You can call it profiling or you can call it a spirit of discernment, as the Bible describes it. Those who were around these individuals should have noticed something.

California has some of the strictest Gun control Laws in the nation.

Additionally, those attending were forbidden from bringing firearms for personal protection into the festival.

And yet, the psychopathic Legan was still able to sneak a gun into the event which was illegal to possess, according to California Law.

In my opinion, there is one solution:

We need evil control. What I mean is that we need parents to actually act like parents and be involved in their children’s lives. We need teachers and friends who care enough about individuals to say something to both them and to their families when something is just not right.

As someone who watched his parents deal with the mental illness of a family member, I’m not saying that it will be easy. It is a hard thing to face up to and to confront. But, it has to be done.

Those who are constantly calling for gun control seek to punish the entire nation for the actions of some by taking away our 2nd Amendment rights.

If those same people would stop for a moment and consider that guns are inanimate objects which cannot fire themselves and then focus on the true cause of the increase in violence in our nation, then perhaps we could actually start making some headway and provide the care and treatment to the individuals who need it in time to avoid the horrific event of a mass murder, such as happened in Gilroy, California.

I am not saying that this will get rid of all of the mentally ill people in our country who wish to murder others, but it seems to me that back in the day when parents actually raised their children, along with the rest of the neighborhood who raised us, we did not see this preponderance of violent acts which we are seeing today.

Also, one last thing. Getting back to raising our children and grandchildren in the “Faith of Our Fathers”, wouldn’t be such a bad idea, either. 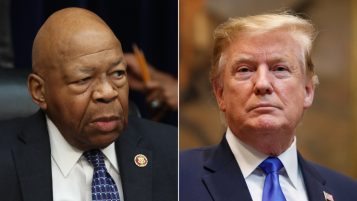