Wednesday morning the social media accounts for everyone’s favorite pint-sized politician, MiniAOC, went offline. Speculation abounded as to the reason why. Did Big Tech finally decide to censor MiniAOC once and for all?

Actually, it turned out that MiniAOC’s parents had deleted all of her social media accounts. Why? The family has been doxxed and received numerous death threats. Leftists were so enraged by criticism of Alexandria Ocasio-Cortez that they threatened the life and family of an 8-year-old girl.

Leftists’ violent silencing of MiniAOC proves the old adage that if you’re taking flak it means you’re over the target. 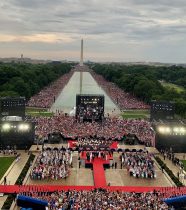