Ever since the Americans with Disability Act was passed in 1990, I’ve tried very hard not to hate people with disabilities. Every year it seems it gets harder and harder.

Today’s annoyance stems from an RV park we’re staying at. Of course, the toilets are ADA compliant. A vault toilet is anything but pleasant but it seems the handicapped want to make it even more unpleasant. The toilets are so high that my feet do not touch the floor! I’m 5’10” so I’m probably average height. Sitting using your toes to balance on this ADA approved toilet in a stinking to high heavens vault toilet does not make me feel a great deal of empathy for the handicapped!

I do appreciate the metal handle bars to get off the damn thing since otherwise I might have been trapped there for good!

ADA toilets in more refined spaces like a Costco are like mini-suites. Why the handicapped deserve a suite in a restroom I’ve never totally understood. Every now and again I’m forced to use the suite when all of the cramped, nasty stalls are in use. I often wonder whether a handicapped person will come in to use the restroom, find it’s not occupied by a federal government approved handicapped person and all of the sudden I’m the subject of a federal lawsuit. It could happen and I could wind up in the Colorado SuperMax prison alongside drug kingpin El Chapo!

We went to a stock car race this weekend and I saw the most insane thing. One of the drivers was deaf. I have no problem with a deaf person driving a race car and I think it’s pretty cool to strive for things that are difficult. The problem was that the driver had no way to communicate with race officials. All of the cars are mandated to have a radio to be able to listen to race control.

In the olden days, the only way to communicate was with flags which, of course, is still done. Back then chalk boards were used to position cars after a yellow flag. It took forever as cars would drive past the chalk board, see who they were supposed to be following, find them on the track, and then pull in behind. It was actually a bit of an art and kind of fun to watch the flag stand get more and more frustrated by a particular car who couldn’t come to grips with the fact they needed to go back one position.

What happen this weekend was that the car with the deaf driver was leaking fuel onto the racetrack and the black flag was displayed for him to go in and deal with the problem which he either didn’t see or chose to ignore. It’s not so much that the fuel is going to catch fire (although it certainly could) but that it makes the track slippery which can cause a nasty crash. Leaking fuel also causes environmentalists to spring up out of nowhere and demand carbon credits.

Since the driver couldn’t hear, there was no radio and eventually there was a crash with a pretty hard hit by another car. No one was hurt.

Like every other well intentioned regulation, it causes behavior that removes individual responsibility and common sense. In this instance, the guy needs to take responsibility for making sure his deafness doesn’t get someone killed.

As far as the toilets go, hopefully I’ll live long enough to have a federally approved disability that will legally allow me to use the suite. Not a really bad disability but a small disability that gets me special accommodation wherever I go.

What I really look forward to is using one of those awesome handicapped parking spaces!

Now there’s something to live for! 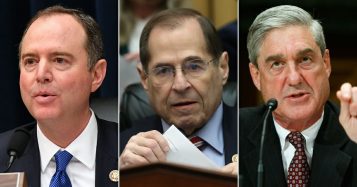