It’s been awhile since I’ve written about the US Virgin Islands, in part because the media has mostly ignored them since Puerto Rican votes are more important than the USVI, which is less politically relevant.

As a reminder, the USVI has been in the same boat as Puerto Rico for years. Their economy began shrinking in the past decade in part due to inept regulations from Washington and they have been unable to attract new business into the territory to refuel their economy. Tourism, one of the pillars of the economy, has been in decline since 2008. They were also hammered by Hurricanes Irma and Maria in 2017.

Their severe financial distress led to multiple downgrades from the ratings agencies before the Virgin Islands government stopped sharing data with them completely. The territory appears headed for a Puerto Rico style default.

Last year the situation in the Virgin Islands was pretty bad, and it hasn’t gotten much better since then, as the WAPA, the government-run utility of the Virgin Islands, may be forced to start shutting off service because they can’t afford to pay for fuel any longer:

WAPA on Wednesday called an emergency meeting with all 15 members of the 33rd Legislature to relay crucial information: Vitol, WAPA’s propane supplier which also maintains the equipment for the propane conversion, had threatened to halt all operations by June 30 if WAPA could not come up with a feasible, stable and consistent way to pay its covenants on a monthly basis, according to Senate President Novelle Francis, citing a letter addressed to him by Vitol. Such an action would send the territory dark.

The authority had just been rebuked by the Public Services Commission on June 12, which denied WAPA what amounted to a 9-cent per kilowatt hour rate in crease on its customers, a hike the authority said was needed to meet its financial obligations.

On Wednesday, during the meeting (Senator Kenneth Gittens said he refused to participate as he could not ascertain whether the community had been informed) WAPA expressed urgent need of not only the $22.9 million, which it expects to collect from a $39.5 million Medicaid reimbursement to the territory’s medical facilities, but a larger infusion of cash to stave of eventual collapse. A Senate session has been called for Tuesday.

In an interview with The Consortium Friday morning, Mr. Francis said Wednesday’s meeting with WAPA was not the first the utility had called to discuss its ongoing financial woes and need for cash. The senator said lawmakers have been adamantly opposed to rate hikes that would result in residents’ already high utility bills increasing. And he said mounting pressure from the chambers of commerce was helping shape senators’ perspective on the matter.

Despite having been on the verge of default and collapse for years, the Virgin Islands government has continued managing to find some way to stave it off. However, I have to wonder how much longer they can keep things going like this. 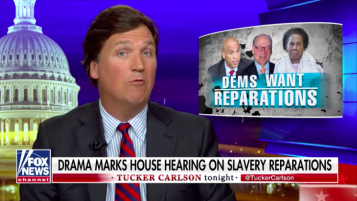