In response to US tariffs, companies are finally beginning to move their production out of China. If this is allowed to continue, it will be a disaster for the Chinese. The US holds all the cards:

Giant Manufacturing Co. saw the writing on the wall early on. The world’s biggest bicycle maker started moving production of U.S.-bound orders out of its China facilities to its home base in Taiwan as soon as it heard Donald Trump threaten tariff action in September.

“When Trump announced the plan of 25% tariffs, we took it seriously,” Chairwoman Bonnie Tu said in an interview at Giant’s Taichung City headquarters in Taiwan. “We started moving before he shut his mouth.”

Giant is part of a growing number of global firms that are pivoting production out of China in reaction to the increasingly hostile trade relations between the two superpowers. Intel Corp. this week became the latest to say it’s reviewing its global supply chain, while Li & Fung Ltd., the world’s largest supplier of consumer goods, said the trade war is spurring it to diversify away from China.

Li & Fung’s chief executive officer echoed Tu’s sentiments, saying China became the factory to the world because it is so efficient in producing goods. Sourcing became very easy, CEO Spencer Fung said in a presentation in Hong Kong on Monday.

“They just put all their eggs in the China basket because the Chinese are very capable,” said Fung. Now, “the trade war is basically forcing people to rethink their entire global sourcing strategy and to diversify away from China.”

Giant’s willingness to quickly steer orders away from China — long regarded as the world’s low-cost workshop — has been noticed by investors and analysts. The stock, which doesn’t carry a single sell rating from brokerages tracked by Bloomberg, has climbed more than 70% this year to the highest level since 2015, after four straight years of declines. 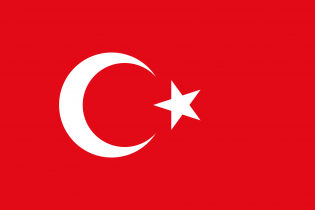