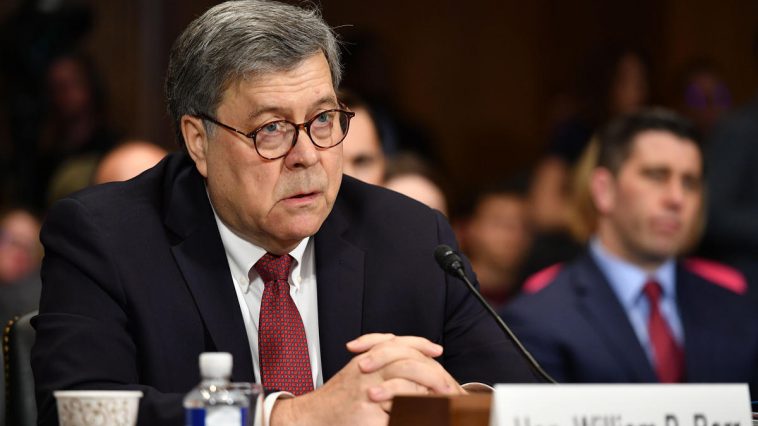 “Okay, if the investigation being done by the IG, Mr. Horowitz, and John Durham… If they discover that all of these people — Comey, Brennan, Clapper, all these people — were executing orders, had been given a mission, where did it come from? “It had to come from somebody higher than they are. Did it come from Hillary? Did it come from Hillary with Obama knowing or did it come from Obama with everybody executing?” We were asking ourselves, “If the investigation does indicate that Obama had knowledge, will they say so?” I said, “No. I think whatever Barr and company do here, they’ll stop short of naming Obama just for the sake of the republic and the country.” And the person I was talking to said, “Well, they didn’t have that same consideration for Trump. They were totally willing to take him out!” “Yeah, but I’m just…” It’s a good point. It’s a good point.” – Rush Limbaugh 5/16/19

As I posted yesterday, 20 House Dems are going to read out loud The entire 440 page Mueller Report today in a 12 hour waste of time.

Why are they doing this?

Perhaps it is to distract from an interview to be aired this morning on Fax News with Attorney General William Barr concerning his investigation into the origin of the Russia Probe.

In an exclusive interview with Fox News, Attorney General William Barr explained that he is trying to get to the bottom of whether or not “government officials abused their power and put their thumb on the scale” during the early stages of the Russia probe.

“I’ve been trying to get answers to the questions and I’ve found that a lot of the answers have been inadequate and some of the explanations I’ve gotten don’t hang together, in a sense I have more questions today than when I first started,” Barr told Fox News’ Bill Hemmer in an interview set to air Friday on “America’s Newsroom.”

“What doesn’t hang together?” Hemmer asked.

“Some of the explanations of what occurred,” Barr said.

“Why does that matter?” asked Hemmer.

“People have to find out what the government was doing during that period. If we’re worried about foreign influence, for the very same reason we should be worried about whether government officials abuse their power and put their thumb on the scale,” Barr responded.

Barr added, “I’m not saying that happened but it’s something we have to look at.”

Hemmer conducted the interview with Barr in El Salvador, where he will address the crisis on the U.S.-Mexico border, MS-13, drug trafficking and human trafficking with officials.

On Monday, multiple outlets reported that Barr had appointed U.S. Attorney John Durham to examine the origins of the Russia investigation

A person familiar with the process told Fox News Tuesday that Durham has been working on his review “for weeks,” to probe “all intelligence collection activities” related to the Trump campaign during the 2016 presidential election.

The Russia investigation and Special Counsel Robert Mueller’s report continue to be debated by Republicans and Democrats since its release last month.

Democrats have accused Barr of acting as the president’s “personal attorney” while Republicans accuse Democrats of vilifying the attorney general in order to harm President Trump.

Make no mistake about it, the Democrats know exactly what the Attorney General is going to discover in his investigation.

That is why they are not slowing down with their political shenanigans including all of their House Committee Tribunals and their insipid “Public Reading” today.

When word first got out that Former President Obama was setting up shop in Washington, DC close to the White House and that there was a cadre of Professional Government Bureaucrats still loyal to him and the Democratic Party working together as a “Shadow Government”, I made the remark that the situation was like that in a Tom Clancy Spy Novel.

Not only was I right, but I underestimated just how blatantly deep within the swamp that these shadows roamed.

This whole Democrat-supported “Lawfare” against Trump, resembles a spider’s web in its malevolent intricacy with its “alarm thread” leading directly back to the Obama and Hillary.

That is why they are still attempting to overturn the results of a fair election.

The Trump Administration and its specified duties regarding the operation of the Government of the United States of America and the oversight of the safety and welfare of its citizens are under attack by both members of a Former Presidential Administration and by members of our own Department of Justice.

​I also believe that the Democrats will become even more dangerous and irrational, the deeper that Barr’s investigation goes.

The future actions will betray them.