New polls show the gay mayor of South Bend over such Donk stalwarts as Corey Booker, Kamala Harris and Elizabeth Warren in the upcoming Iowa caucus.

Since Hillary failed to shatter the White House’s glass ceiling the hard left’s SJW core is now looking for Mayor Pete be The One to open the Oval Office closet door.

Still, there are doubters that even Mayor Pete’s out & proud pedigrees can overcome his unfortunate predilection for white maleness.

And there are also whispers in the Gay Community that Mayor Pete hasn’t gone down enough for the struggle given his eschewment of the pick-up site Grindr back in his pre-nuptial days and that he’s just too politically and economically vanilla to wave the rainbow flag:

Mayor Pete knows about Grindr, just like you. He’s no prude! But it also lets him implicitly disapprove of the more explicitly sexual nature of Grindr. And there’s a constituency there. Among that certain kind of gay, saying “I’m not on Grindr” is the cultural equivalent of the equally snooty, “I don’t watch TV.”

Mayor Pete avowed himself a capitalist but called himself a “democratic capitalist.” The moderating and equalizing force of democracy, he said, must hold in check the tendencies of capitalism toward inequality, concentration, and corruption. But it is hard to escape the way that American capitalism and American democracy have worked in tandem both to dissipate and to assimilate the radical democratic energies of queer liberation by giving a very circumscribed sort of gay a conditional membership to the club.

Nonethelees, the Trumpster’s campaign brain-trust might want to keep a Straight Eye on the Queer Guy – especially if his poll standing continues to rise. 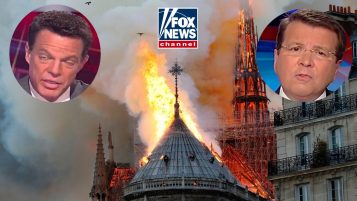