Recently, Samsung began selling its new Galaxy Fold phone. The phone is Samsung’s attempt to create what amounts to a foldable tablet-smartphone combo. When the gone is folded closed, it is about the size of a regular smartphone, with a screen on the front of the device. When it is opened, however, there is a much larger, tablet-sized bendable screen inside the device.

This sounds like a pretty neat gimmick, especially for tech enthusiasts, but the $2,000 price point is pretty painful and out of reach for most normal consumers.

But even more problematic is that the phone may have severe manufacturing defects:

Since the Galaxy Fold folds in half, the flexible OLED display quickly forms a visible crease in the middle. People were worried about the durability of folding a display in half like this, and it looks like Steve Kovach of CNBC has experienced everyone’s worst fear: his Galaxy Fold display broke right along the fold crease—all the pixels in the folding area went black and the screen started flickering like crazy.

We’ve also seen some reviewers peel off a layer of the display on purpose, thinking it was a removable protective layer that many phones ship with. Bloomberg’s Mark Gurman shared a gruesome photo of a removed layer of display film, saying, “The phone comes with this protective layer/film. Samsung says you are not supposed to remove it. I removed it, not knowing you’re not supposed to (consumers won’t know either). It appeared removable in the left corner, so I took it off. I believe this contributed to the problem.” The “problem” Gurman is referring to is his totally dead Galaxy Fold display. After removing the layer of the display, first the left half of the display died, then the display completely died.

YouTuber Marques Brownlee also tried peeling off this protective layer, thinking it was just a display protector for shipping. After picking at the layout a bit, Brownlee says “the display spazzed and blacked out. Started over with a replacement.”

The early hype for the Galaxy Fold seems to have struck a chord with consumers, with Samsung.com citing “overwhelming demand” and selling out of Galaxy Fold pre-orders in just a day. Devices ship to the general public April 26, so if the final production units have the same problems, we’ll see a lot more reports then. So far, Samsung has not commented on these durability problems. Place your bets on where this issue will rank among exploding smartphones or S-Pens jamming in devices.

I am pretty enthusiastic about about both Samsung phones as well as the idea of a foldable smartphone, so I hope this is just a few isolated cases and bad luck on the part of the reviewers. 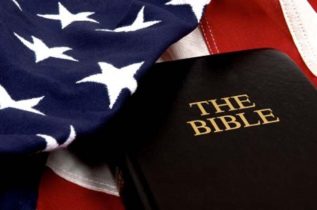