13-year old Mariana Perez Borroto should be preparing to celebrate her fourteenth birthday in two weeks. Mariana’s family should be busy wrapping presents, sending out invitations, and preparing decorations for what would be a milestone for any teenager.

Instead, Mariana’s family will be burying their beloved daughter.

The minivan was driven by 25-year-old Micaela Coronel. Coronel had told Polk County Sheriff’s deputies that she was unable to see Mariana until it was too late due to heavy condensation on her car’s windshield. Deputies reported that her windshield was over 80% covered.

Micaela Coronel presented deputies with an Argentinian identification card at the scene of the ultimately fatal accident. During the course of the investigation deputies determined that Coronel did not have a valid Florida state driver’s license. Coronel also told deputies that she had been staying on a visitor’s visa since October.

That visa had long since expired before Wednesday’s tragic accident.

Micaela Coronel was charged with operating a motor vehicle without a valid license causing death, which is a third degree felony in the state of Florida.

Coronel now faces deportation due to her illegal immigration status.

Micaela Coronel is someone who had no business being in this country, let alone behind the wheel of a car. Yet because of the failures of our country’s immigration system she was allowed to overstay her visa. Coronel’s decision to stay in the US illegally, and the government’s failure to deport her once her visa expired, directly led to the death of 13-year-old Mariana Perez Borroto.

Mariana’s family has, tragically, joined the ranks of the Angel Families, those who have lost loved ones due to the direct actions of an illegal alien.

Mariana’s mother will never get to help her daughter choose her prom dress. Mariana’s father will never know the joy of seeing his little girl graduate high school. Mariana’s parents will never have the happiness of giving her away on her wedding day.

Because of Micaela Coronel’s actions, Mariana will always be 13-years-old.

Yet Democrats in Congress will not shed any tears for Mariana and her family. Democrats will not acknowledge the overwhelming grief that Mariana’s parents will feel as they lower the casket containing the body of their little girl into the ground.

To be sure, Democrats will shed tears, but they will be for people like Micaela Coronel. Democrats will bemoan a system that demands immigrants to this country are vetted fully and accounted for. They will decry a justice system that seeks to remove people who deliberately flaunt our country’s laws.

Above all, Democrats will chastise a president who is attempting to enforce the laws that demand the world respects our borders.

Democrats will weep for children who perish after being forced into an extremely risky border crossing by their parents. They will wail and gnash their teeth for human traffickers who are separated from those they claim are their children. Democrats will stand up and march for the right for all the people of the world to cross America’s borders whenever and however they please.

But Democrats will not weep for Mariana and her family.

To a Democrat, Mariana is nothing more than a sacrifice that must be made to ensure social justice in the world. Another child killed by someone who should not have been in this country is simply the price America must pay for squandering its largess. After all, the only reason people like Micaela Coronel are in this country is because the racist, hateful Americans have stolen all of the world’s resources from countries like hers.

In other words, the death of Mariana Perez Borroto is simply part and parcel of living in the world’s only superpower.

Ask a Democrat which of their children they would be willing to sacrifice for their dreams of an open border. How many families must give up their loved ones on the altar of a progressive utopia? How much blood must be paid in order to right the supposed wrongs that America has forced upon the world.

How many Marianas must be buried before Democrats realize their dreams of a progressive utopia? 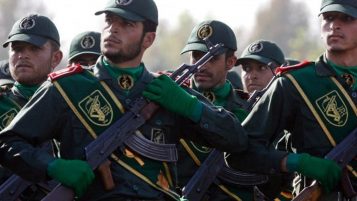