Was there Democrat political bias going on in the editing of e-mails selected as potential evidence by Special Counsel Robert Mueller’s Investigative Staff?

Was that same bias involved in the FBI’s original Russia probe?

Shortly before Special Counsel Robert Mueller filed his report on the Russia investigation last month, Sens. Chuck Grassley, R-Iowa, and Lindsey Graham, R-S.C., alerted Attorney General Bill Barr to what they described as the “selective” use of emails in Mueller court filings — as well as potential “improper political influence, misconduct, and mismanagement” in the FBI’s original Russia probe.

In a March 8 letter, Grassley and Graham referred Barr to a letter sent to Mueller in late 2017 that alleged his investigators had cherry-picked details from emails to include in court documents, urging him to review the materials. They also notified him that they had asked DOJ Inspector General Michael Horowitz a year earlier to review the original FBI probe.

It’s unclear if Barr reviewed the senators’ letter; a DOJ representative declined to comment on the missive.

But Fox News is told the lawmakers wanted Barr to have this material before he reviewed the Mueller report, out of concern some emails were selectively quoted to give a “nefarious” impression.

Fox News has also obtained the 2017 letter (above) from Grassley to Mueller, which spelled out the lawmakers’ concerns about the “absence of additional context” in the court filings — as well as concerns over how those documents were covered in the media. “The glaring lack of [context] feeds speculation and innuendo that distorts the facts,” Grassley wrote at the time.

In their March letter to Barr, Grassley and Graham pointed specifically to emails quoted in the Statement of Offense against former Trump adviser George Papadopoulos.

That court filing said Papadopoulos emailed another campaign official in May 2016 with the subject line, “Request from Russia to meet Mr. Trump.” The document said the email stated that Russia “has been eager to meet Mr. Trump for quite sometime and have been reaching out to me to discuss,” adding in a footnote that the official forwarded the email to another campaign official asking to discuss: “We need someone to communicate that DT is not doing these trips. It should be someone low level in the campaign so as not to send any signal.”

The senators said media outlets then seized on the fragments to report a “Campaign official suggested ‘low level’ staff should go to Russia.” However, they said the full emails — obtained from the Trump campaign — tell a different story.

“In full context, the emails in question actually show that the Trump Campaign wanted someone ‘low level’ to decline these types of invitations,” Grassley and Graham wrote in the letter to Barr.

The senators added: “Another citation was reported by some news outlets as evidence that the campaign, notably Papadopoulos and Sam Clovis, encouraged personnel to meet with the Russians.” This line in the original court document said that a campaign supervisor (later identified as Clovis) told Papadopoulos “I would encourage you” and another adviser to “make the trip” if possible, with regard to a meeting with Russians.

The senators wrote, however, that “additional context shows that Papadopoulos had conversations with representatives from multiple governments, not just Russia, and that Clovis had opposed any trip to Russia for Mr. Trump and the campaign.”

Papadopoulos pleaded guilty to making false statements to FBI agents in October 2017 in connection to the Russia investigation and is currently on a 12-month supervised release from federal prison. He is now seeking a pardon from Trump.

Meanwhile, in late February of last year, Graham and Grassley also sent a letter to Horowitz requesting that his office look into “potential improper political influence, misconduct, and mismanagement” of the counterintelligence and criminal investigations into possible collusion between the Trump campaign and Russia before Mueller’s appointment.

“The referral was based in part on materially inconsistent statements reportedly made by Christopher Steele, the author of the anti-Trump dossier funded by the Democratic National Committee and the Clinton campaign during the 2016 presidential election,” their letter to Barr states.

It continues: “The documents we have reviewed also raise questions about the role Bruce Ohr, a senior Justice Department official whose wife worked for Fusion GPS, had in passing allegations from Steele and Fusion GPS to the FBI after the FBI had terminated Mr. Steele as a source.”

The IG’s office is reviewing potential surveillance abuses by the FBI, as well as leaks out of the bureau and improper gifts received by officials.

Good luck with all that.

Given what we know about the make-up of the Special Counsel’s Investigative Staff, it is a wonder that the findings contained in the Mueller Report proved what President Trump had been saying all along: NO COLLUSION.

I find it puzzling that more has not been made as to who the “man behind the curtain” was who was controlling the actions of the DOJ, FBI, and the rest of the Deep State Operatives who began their mission even before Trump officially became the Republican Presidential Candidate.

Of course, they were leaking to the media.

There is so much obvious stuff that we have found out about this operation, including things which seems odd on their own until you put 2 + 2 together.

For example, why did Barack Hussein Obama move into a house with his Girl Friday, Valerie Jarrett, just scant blocks from the White House, instead of leaving town like every other President has in the past?

Why did Special Counsel Robert Mueller hire 17 Democratic Donors as his Special Investigators?

Why did Mueller go silent and Obama reappear into the national spotlight with the Midterm Elections just a couple of months away?

Why did Robert Woodward and the New York Times publish a book and an op ed using stories from “unnamed sources” as to how awful the Trump White House was right before the Midterms?

Average Americans remain extremely skeptical concerning the actions taken against Trump by the Department of Justice and the FBI.

Americans between the coasts believed for over two years that Mueller and his “17 Angry Democrats” were nothing but a political lynch mob, tools of the Democratic Party.

And speaking of….Democrats ( you thought I was going to say “tools” didn’t you?) Former President Barack Hussein Obama was not well received at all by average Americans with his ego-driven diatribe against President Trump and the Economic Recovery which America is experiencing.

In summary, what I trying to say is what a lot of us have been thinking and saying for well over two years:

The Democrats, in conjunction with Career Washington Bureaucrats working in various aspects of government, including the DOJ and the FBI, were performing surveillance and working against Donald J. Trump, both when he was a candidate and throughout his Presidency. And, they were following orders from President Obama in order to secure the Presidency for Hillary Clinton.

It’s time for Attorney General Barr to investigate this entire matter and for President Trump to get the plunger and to drain this part of the Swamp. 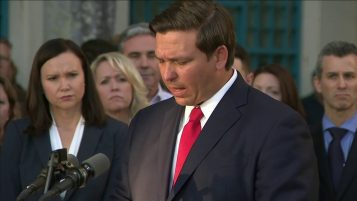 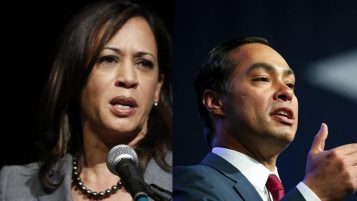