Everyone has assumed that Creepy Uncle Joe Biden is going to run for president. Uncle Joe has wanted to be president at least as long as Crooked Hillary. Were it not for Biden’s son, Hunter, dying of a brain tumor we likely would have seen a Biden run in 2016.

Joe Biden’s last attempt at the presidency in 1988 was mired in a plagiarism scandal, and ultimately failed. It’s only natural that Biden would want another crack at the brass ring of the presidency. The question has always been when, not if, we would see Joe Biden launch his 2020 campaign.

That moment was supposed to come on Wednesday with an Internet announcement. Breitbart reported earlier this week that Joe Biden’s presidential announcement had been pushed back to an undetermined date for unknown reasons. One had to wonder if it had anything to do with campaign prep that one former Biden aide described as “half assed.”

Now, however, it looks like we have a firm date as to when Joe Biden intends to kick off his 2020 presidential bid. Sources close to Biden are apparently telling CNN that Uncle Joe intends to officially launch his campaign on Thursday with a video, followed by a campaign event in Pittsburgh on Monday.

.@JoeBiden will announce his presidential campaign on Thursday with an online video, two sources familiar with plans confirm.

I wish he wouldn’t

Kinda over it. So many other great candidates to choose from. I like Joe, but I’m liking the bold policies of other candidates better.

Does he have to? I’ve loved Joe through all the years of “gaffes” and even supported him through the recent issues. But is it really a wise thing to do this now?

Biden could have sailed into the sunset as everyone’s favorite VP. But now, because his ego will not let him not run, he’ll be exposed in the primary process for his poor political decisions and behavior over the years. Pride cometh before the fall, Uncle Joe!

I think that last tweet perfectly sums up what’s going to happen with Creepy Uncle Joe’s campaign. I imagine he’ll ride the high of being the Democratic front runner for the first few weeks after he announces. Once he gets down to the serious business of campaigning, though, he’ll start to crack.

“Gaffe prone” is a polite way to describe Joe Biden. “Creepy,” and “complete moron” are less kind descriptors, and words that I and many others would choose to describe Biden. We saw his myriad gaffes and mistakes during the Obama years. These were, for the most part, forgiven mainly because Joe Biden was always eclipsed by Barack Obama.

Running a presidential campaign is a far different animal than being vice president, however. On the campaign trail Biden’s every word and deed will be recorded only to be picked apart and analyzed later by pundits and reporters. Reporters, by the way, that have made it clear they would prefer a Kamala Harris or a Mayor Pete to a Joe Biden. They will not be kind.

Ultimately, Joe Biden’s poll numbers will start to fall. Bernie Sanders will overtake him, and it’s likely that Biden could fall behind Mayor Pete. In fact, unless the Democrats clear the way for Kamala Harris or another intersectional feminist who checks off the appropriate identity politics boxes, I’d wager we’ll see a Bernie Sanders candidacy before we see Joe Biden.

Let’s say that Joe Biden does win the Democrat party nomination. Whether by a miracle, honest work, or by hook and crook makes no difference. Joe Biden, the gropey, creepy, gaffe machine will be facing off against a very strong incumbent President Trump.

President Trump is in his element when he’s on the campaign trail, perhaps even more so than Obama ever was. Trump is able to read from a teleprompter, speak off the cuff, and go back to the teleprompter almost seamlessly. Joe Biden, by contrast, had trouble responding to allegations that he sniffed a woman’s hair. Not only that, Biden tends to “misspeak” whenever he’s on the stump. Campaign Trump will run circles around Joe.

There’s also the matter of that first debate. Many times debate performance can make or break a candidate. Just ask Mitt Romney. President Trump, again, excels in the off-the-cuff format of the debate stage. Joe Biden’s debate experience has been limited to facing off against an untested, unskilled Sarah Palin in 2008, and staring down notorious squish Paul Ryan in 2012. Neither of those experiences will have prepared him for the bull in the china shop that is President Trump.

I’ll close this article by offering some free advice to Joe Biden. Joe, if you’re reading this, stay out of the 2020 presidential race. Your party remembers you as the beloved vice president that supported Barack Obama on his mission to fundamentally transform America. The spotlight of a presidential campaign will only serve to dispel that notion. 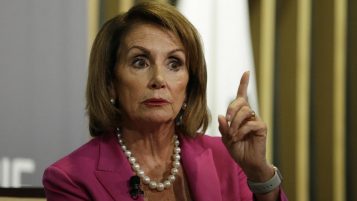