It is a day that’s intended to honor the brave young men who fought and died for this country during one of the most tumultuous periods in America’s history.

President Trump tweeted out a message of thanks honoring all of the veterans living and dead who served in that fateful conflict.

On this Vietnam War Veterans Day, we celebrate the brave Vietnam Veterans and all of America’s Veterans. Thank you for your service to our great Nation!

Leftists, of course, saw the opportunity to once again viciously and irrationally attack President Trump.

You dodged the draft by claiming fake bone spurs, you attacked Gold Star families, you failed to show up to honor our veterans because of rain, and worst of all you spent a week attacking the ghost of a fallen Vietnam War Hero named John McCain.

You don’t know what sacrifice is.

Let’s also celebrate Robert Mueller and his heroics in Vietnam. While you were sitting this one out due to fake bone spurs, Robert Mueller was shot in his leg and continued to defend the nation.

Vice President Pence also tweeted out his own message of thanks to Vietnam War veterans across the country.

This #VietnamWarVeteransDay, we honor those who paid the ultimate sacrifice in defense of freedom and express our eternal gratitude for all Vietnam veterans and their families. https://t.co/ptkMPeWd9q

The top two leaders of the Republican party took time out of their busy schedules to honor our nation’s veterans Friday. Given the fact that the Left was rubbing their own moral superiority in everyone’s faces (again) surely the top Democrats vying for their party’s presidential nomination did the same.

Not one word about America’s veterans, however.

In all fairness, Beto was probably too busy getting his posterior waxed to take time to tweet a message of thanks to those who fought and died for his freedom.

No smoke signals for our nation’s fighting men and women, though.

While I can’t argue with Joe’s stance on Brunei, I do wish he would have saved it for another day. It would have been nice to see a heartfelt “thank you” from someone who is widely considered to be the Democrat front runner. Even if he hasn’t officially entered the race yet.

Socialist darling Bernie Sanders shilled for healthcare for all.

I suppose it’s not surprising Bernie would ignore Vietnam veterans. After all, he did honeymoon in the Soviet Union.

Strangely enough, the only major Democrat presidential candidate that actually mentioned Vietnam War veterans was none other than Spartacus himself, Senator Cory Booker.

While I have no doubt that Booker did so for his own ends, it was nice to see at least one Democrat take the time to thank the men and women who died for his freedom.

If only the rest of them would do the same. 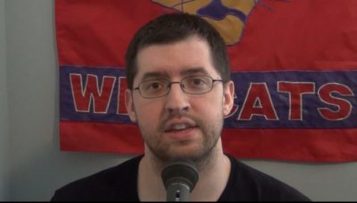