Confirmed, Virginia AG Mark Herring has stepped down as co-chair of the Democratic Attorneys General Association

“Virginia AG Herring offered to step aside as co-chair and the committee accepted,” per spokeswoman for the DAGA

Mark Herring’s resignation comes after his admission that he dressed in blackface during a college party in 1980. Herring issued a statement apologizing for his racist costume, saying, “This was a onetime occurrence and I accept full responsibility for my conduct.”

Herring’s resignation from the Democratic Attorneys General Association is the latest in a long line of troubles for top Virginia Democrats. Last week saw the release of Democrat Governor Ralph “Coonman” Northam’s yearbook. Northam’s personal yearbook page included a photograph of a man dressed in blackface standing next to a person dressed in Ku Klux Klan robes.

Northam initially apologized for being in the photograph, only to walk it back and deny that he was in the photograph not even 24 hours later. This was at a rather bizarre press conference where Northam admitted he wore blackface only once when he dressed up like Michael Jackson.

Multiple prominent Democrats have called on Northam to resign, but he has so far refused to do so.

Dr. Tyson released a statement Wednesday alleging that Fairfax had forced her to perform oral sex on him. Justin Fairfax has acknowledged having a sexual encounter with Dr. Tyson in 2004, however he alleges that the contact was consensual. Fairfax has vowed to fight the allegations, and reportedly lashed out at Dr. Vanessa Tyson during a private meeting saying, “Fuck that bitch!”

It’s worth noting that Justin Fairfax would be the one to take over the governor’s chair if Ralph Northam resigns.

Virginia Democrats, it would seem, have a very big problem with casual racism and sexual assault. 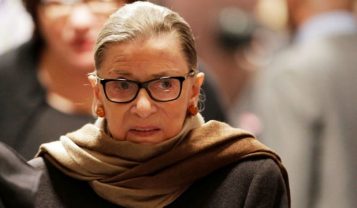