After Hulk Hogan bankrupted Gawker, most of their properties were scooped up by Univision. Univision has now been forced to accept a huge impairment charge as the former Gawker properties continue to lose tens of millions:

The company reported that the assets lost $32.5 million in the fourth quarter of 2018.

Univision is acknowledging the financial weakness of the Gizmodo Media Group digital media assets the company has purchased over the last few years, including the former Gawker Media Group publications it picked up in the summer of 2016.

“In 2018, we recognized a non-cash impairment charge on our English-language digital assets,” a company spokesperson told The Hollywood Reporter on Thursday.

Earlier in the day, the company reported that its English-language digital businesses, which includes The Onion, lost $32.5 million in the fourth quarter of 2018, compared to just $3 million in the same quarter a year earlier. But the losses were even greater in the third quarter of 2018, with the company reporting a loss of $96.1 million for the U.S. digital brands.

Univision is still looking for a buyer for the Gizmodo Media Group properties, which the company still believes to be strong.

The properties are so “strong,” that Univision had to recognize an impairment charge of $120 million:

Univision also took an impairment charge on Gizmodo Media Group, its English-language digital business, of more than $120 million in 2018.

Univision purchased many of the websites in Gizmodo Media Group, including Gizmodo and Lifehacker, for $135 million in a bankruptcy auction held in 2016. It already owned The Root, an African-American news site, and a stake in The Onion, a satirical news site. It put all of those properties up for sale in July, and the process is continuing.

“These digital brands are longstanding, well-recognized sources of news, information and entertainment in their verticals that we believe can thrive as part of a company whose focus better aligns with theirs,” Univision said in a written statement.

The properties aren’t worth as much as they were when Univision purchased them, according to a person familiar with the matter, who added that the business environment for digital media has changed in recent years.

Looking forward to the day the remnants of Gawker are finally put out of their misery. 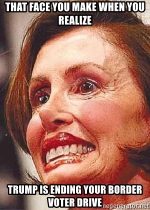