“Oh! What A Tangled Web We Weave When First We Practice To Deceive”. – Sir Walter Scott

The top Republican on the House Judiciary Committee is demanding to know why the panel’s Democratic leadership made the “costly” and “unusual” decision this week to hire two prominent anti-Trump consultants to conduct a purportedly impartial investigation of the White House.

In a letter to House Judiciary Committee chairman Jerry Nadler, D-N.Y., the ranking member on the committee, GOP Rep. Doug Collins, asked how much taxpayers could expect to be charged for Barry Berke and Norman Eisen’s services — as well as what exactly the pair of vocally anti-Trump operatives will be doing.

“Your unilateral decision to hire two individuals with such obvious bias against the president will taint anything they touch going forward,” Collins wrote to Nadler. “Does the hiring of Mr. Berke and Mr. Eisen indicate a lack of confidence in your current staff to handle important matters regarding the president?”

In a recent report published by the Brookings Institution, Collins noted in the letter, Berke and Eisen wrote that publicly available evidence “strongly supports that the president obstructed justice under ordinary application of the relevant criminal law.”

And in a Washington Post op-ed last year, Berke and Eisen — as well as co-author Noah Bookbinder — wrote, “The president is arguing that not only is he above the law but also above the facts. That audacious move is unbecoming for our nation’s chief law enforcement officer, and neither Mueller nor Congress should let him get away with it.”

Eisen served as a White House counsel for Obama and has focused on government ethics and corruption as a co-founder of the group Citizens for Responsibility and Ethics in Washington.

Berke, a litigation partner at the international law firm Kramer Levin, is based in New York City, and will commute four days per week to work for the Democrats on the Judiciary Committee. That arrangement, Collins asserted, constituted a problematic conflict of interest.

“Is Mr. Berke assisting the Majority staff to drive more business to his law firm?” Collins wrote in the letter, which also queried Nadler as to who would be paying for Berke’s hotel bills and other commuting costs.

Collins added: “The Majority staff is also allowing Mr. Eisen to retain his position at the Brookings Institution, an elite, liberal think-tank. Such arrangements are fraught with technical, legal, and financial conflicts of interest.”

Eisen, Berke, and Nadler’s office did not respond to Fox News’ requests for comment. But in a statement Wednesday, Nadler called Eisen and Berke “two widely respected legal authorities” and said Democrats were determined to “ask critical questions, gather all the information, judiciously assess the evidence, and make sure that the facts are not hidden from the American people.”

Nadler specified that Berke and Eisen have been retained on a consulting basis as “special oversight staff” and they would consult on matters related to the Justice Department and Special Counsel Robert Mueller’s investigation into Russian interference and connections to the Trump campaign.

As is my wont, I did some investigating into Mr. Berke and Mr Eisen.

Mr. Eisen is a Former White House Ethics Counsel in the Obama Administration

Eisen and Berke are members of an organization by the name of Citizens for Responsibility and Ethics in Washington (CREW). Eisen is the Chair and Co-founder. Berke is a Pro Bono Counsel.

Citizens for Responsibility and Ethics in Washington (CREW) is a David Brock-aligned 501(c)(3) advocacy group that markets itself  as  a “nonpartisan” watchdog directing litigation against government corruption in an effort to advance the public interest. The group is part of Brock’s network of organizations including Democratic-aligned opposition research Super PAC American Bridge and media criticism organization Media Matters for America that form Brock’s campaign to oppose Republican officeholders.

The organization has been recognized as having “played instrumental roles in building a stronger, more integrated progressive infrastructure” by the Democracy Alliance. CREW has received funding from progressive foundations, including financier George Soros’s Open Society Institute and singer Barbra Streisand’s Streisand Foundation.

No wonder Rep. Collins is upset.

Special Counsel Robert Mueller stacked his investigative team with attorneys who just happened to be large Democratic Donors. And, they have yet to find any evidence of Russian Collusion on the part of President Trump.

As I wrote yesterday, neither did the House or Senate Committees who have already investigated the matter.

However, evidently Rep. Nadler, with the help of these “special investigators’ that he has hired, believes that he can find the “smoking gun” by which he can somehow, someway force a Constitutionally elected American President from office and somehow usher in a millennium of “Democratic Socialism”…or something like that.

Have you ever notice that those who embrace the political philosophy of Progressivism are actually the opposite of being progressive in their words and deeds?

Look at what is going on in the House of Representatives.

These “pubic servants”, instead of attempting to move America forward and back into greatness through co-operation with President Trump, are actually regressing and pulling America backwards to the days of the Wild West, when people were guilty until proven innocent and mob rule was the order of the day.

For Nadler to have the ba…err…gall to hire these two Soros-funded Progressive political operatives and attempt to claim that they are non-partisan is like calling Michael Moore a fitness expert.

The House Dems need to be called out on this lynch mob mentality and waste of taxpayer money.

Except now, they are using their power as the majority party in the House to attempt to drive a President out of office who has done more in 2 years to improve the lives of Americans than his predecessor accomplished in 8.

It is positively MARXIST.

Lenin would be so proud. 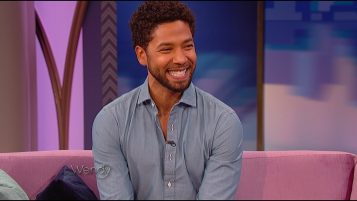