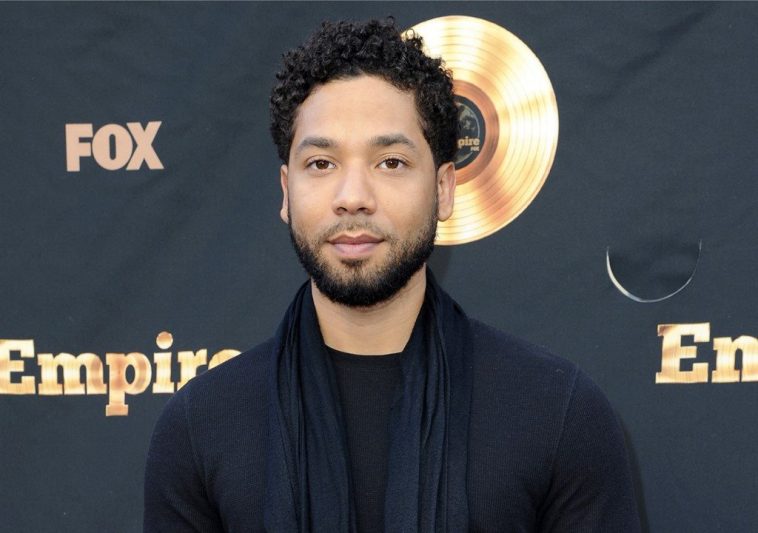 So perfect that every single one of my followers, literally every one, speculated on the absurdity of the #JussieSmollettHoax. Equally perfect that virtually all mainstream media outlets and most of Hollywood were in high dudgeon over the “lynching” that never actually took place

(Newsbusters.org, June 1, 2015) – The phrase “Hands up, don’t shoot,” has come to define a movement protesting alleged mistreatment of African-Americans at the hands of police. It came from a witness account of how African-American 18-year-old Michael Brown was killed by a white police officer.

Only the account proved to be entirely false. Even the Justice Department has said so.

The news media helped spread the theme with massive coverage of the Ferguson, Mo., shooting. Journalists are still perpetuating it, though the claim has been disproven.

ABC, NBC and CBS used the phrase — mostly B-roll of protesters chanting — an incredible 140 times from the day Brown was shot to the date the Department of Justice report was released. Even after the government determined the phrase had no credibility, network journalists continued to use it an additional 16 times, most recently in coverage of the Baltimore riots and during protester attacks on citizens in Cleveland following the Brelo verdict.

Law enforcement sources connected to the investigation tell TMZ, the 2 brothers who were arrested and then released are staying somewhere around the Loop in downtown Chicago under the watchful eye of police so no one gets to them. We’re told cops especially want to make sure Jussie does not contact the brothers.

We’re told when police raided the home of the 2 brothers they found magazines with pages torn out, and authorities are now trying to determine if the missing pages are connected to the threatening letter that was sent to Jussie 8 days before the alleged attack.

Our sources say early on they asked Jussie if he’d sign complaints against the 2 men who attacked him and he was clear that he would. But, when he found out the 2 brothers were the ones in custody we’re told he said he knew them, felt bad for them and declined to sign the complaints. Our sources say although cops believe the brothers purchased the rope that was around Jussie’s neck after the incident, there is no surveillance video at the hardware store because it erases after a week.

We’re told the way they tracked the 2 brothers down was by their movements in arriving and leaving the scene around Jussie’s apartment building. As we reported, they left in either a cab or an Uber, but we’re told cops tracked the vehicle and the 2 brothers got out on their way home and into another vehicle. As one source put it, “It was almost like a bad spy movie.”

The sources say there were red flags from the get-go. Cops were extremely suspicious when Jussie took them out to the area where he said he was attacked and pointed to an obscure camera saying how happy he was that the attack was on video. Turns out the camera was pointing in the wrong direction. Cops thought it was weird he knew the location of that camera.

And, there’s this. We’re told investigators didn’t believe the 2 alleged attackers screamed, “This is MAGA country,” because, “Not a single Trump supporter watches ‘Empire.'”

And, a few loose ends … we’re told when cops picked up the 2 brothers at O’Hare Airport, police were armed with 3 warrants for each man, one of which was to seize their phones.

We’re also told there is no video of a “rehearsal” of the attack in the street.

Jussie and his lawyer have vehemently denied the attack was staged, maintaining this was a hate crime.

Why are Democrats so Hell-bent on believing and spreading lies while attempting to split our nation apart at the seam?

The answer is that they are continuing the Obama Rhetorical Weapons of Class Envy and Racial Division.

The Far Left members of the Democratic Party are have no reasonable means by which to end their national temper tantrum which began on the night of November 8, 2016.

President Donald J. Trump is fulfilling all of his campaign promises which he made to the American People, thereby ensuring his re-election.

No weapon which has been conceived of by those in the Halls of Power in DC, the Northeast Corridor, and the Left Coast has, so far, been able to end his presidency.

And now, with the House and Senate Committees having concluded that there is absolutely no proof of Russian Collusion by President Trump and word through the grapevine that Special Counsel Robert Mueller will follow suit, Democrats are more desperate than ever to find something…ANYTHING by which to bring down our 45th President.

Which explains Congressman “Little” Adam Schitt…err…Schiff’s vow to continue with his House Committee’s “investigations”, even if Mueller reports that he has nothing.

By it is not just acceptance of the lies themselves that is so troubling.

It is the perpetuation of them by the Propaganda Arms of the Democrats, the Main Stream Media and the Entertainment Industry.

I guarantee you, gentle readers, that these clowns will continue to defend Jussie Smollett, even if he goes to jail for lying his arse off.

They will simply continue to falsely and heinously declare that Trump is “Hitler” and that Smollett was well-intentioned and that even though the charges against Trump Supporters were false…they were “true” in spirit.

The Democratic Party has swung so far to the left of the Political Spectrum that they have fallen off the edge of reality.

And historically, when followers of a political ideology start believing their own propaganda, based on misconceptions and false judgment, instead of reality, both Marxism and fascism occur.

We have a political party proclaiming immorality as morality, evil as good, intolerance as tolerance, Marxism as “sharing the wealth”, and lies as truth.

What began as a firecracker during the Obama Administration has turned into a political mushroom cloud.

We must continue to fight back against those who would “radically change” our Sovereign Nation in to something that it was never meant to be.

We must continue to Make America Great Again.