It is dangerous to let other people do our thinking for us. We seem certain we can define “hate speech”. We’re convinced that “assault weapons” are bad.  Both terms have been manipulated by politicians and the media to mean anything they want them to mean. We were sold such a twisted-logic of lies that it would be funny.. if it were not so dangerous.

Elites with armed bodyguards tell us to give up our tools of self-defense. We’re called toxic-hateful-deplorable-clingers if we object. “Assault weapon” is a debating term and so is “hate speech”. An assault weapon is any firearm a politician wants to confiscate. Hate speech is statement that criticizes the politician’s latest voting block. The elites lie to us. Look at their record of hypocrisy to see the truth of that statement.

Wayne LaPierre is the executive vice president of the National Rifle Association. La Pierre has armed guards at work and at home. Gun-confiscation spokesmen Shannon Watts and Malissa Milano have armed guards too. I’ve seen them. The important distinction is that La Pierre says we should have the same protection that he has. Milano and Watts want the rest of us disarmed.. while they remain protected. My response is simple. If being disarmed is so great, then you go first and show us by example.

That is only the beginning of the hypocrisy. Hollywood media events are “gun-free” zones.. yet they have armed security teams all around the venue. In vivid contrast, I stood with about 20 thousand armed men and women as we shook hands with Donald Trump Junior. A blind man can see the difference. One side walks-the-walk and the other talks out of both sides of their mouth.

You have examples of gross hypocrisy closer to home. That gun in your safe is an “assault weapon intended only to kill”.. when you own it. The news media calls the same firearm “a patrol rifle used for defense” when it is in the hands of your local police. That gun is called a “personal defense weapon” when Homeland Security slings it across their chest in an airport. The media manipulates these terms to fit their agenda. Their hidden message is the same if it comes from the media or the advocates of gun-confiscation. The media must disguise the simple meaning of their message because we’d laugh in disbelief if they said it too plainly. Their message is this-

You’re dangerous and the elites are trustworthy.

Politicians and judges are hypocrites.. but you knew that. The so called ”high capacity magazine” in your gun is quickly reclassified as a “standard capacity magazine” when a police officer carries it. The only difference between you and a law enforcement officer is that the cop works for the state while you protect your family on your own. The judge rules that you don’t need that much ammunition to protect your family. At the same time, the judge says the bailiff in the courtroom should have more cartridges in his gun to protect the judge.

The judge applies the pejorative bias of hate speech to our rights.. but not to his.

Some people think they are more equal than others. The ugly reason they get away with it is politics. Hate speech used to mean calling someone a nigger, a kike, or a jap. It morphed to calling someone an illegal immigrant or a woman. The elites label something as hate speech when being offended serves their political purpose. They call something “hate speech” when they claim a group needs special political treatment. This fine-slicing of identity politics leads to a perverse race to ever-smaller minorities.

Their rarity is considered a virtue. A small group of people gets to claim their impotence, their victimization, and therefore their superior claim to government power over everyone else. I can see the signs now-

At least they won’t have a problem finding a room to fit all of them. A table for two should be enough.. with room left over.

That claim of being an oppressed minority eventually leads to individuality. You are the ultimate minority group.. even though that is an anathema to socialists with their dependence on marxist theory and group identity. We are unique but are exactly equal in our human rights. To say otherwise is to subjugate our humanity to political interests. That subjugation requires some very twisted language.. and some very dangerous government power.

You know the truth when you hear it. You also know when you’re told a lie. The answer is the same without regard to the social status of the person lying to you. Throw the lies back in their face. 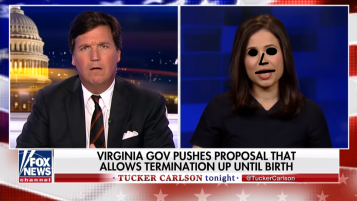