Socialism is a philosophy of failure, the creed of ignorance, and the gospel of envy, its inherent virtue is the equal sharing of misery. – Winston Churchill

Rep. Alexandria Ocasio-Cortez’s guest for the State of the Union address is an activist who cornered then-Sen. Jeff Flake on live television last year to protest his support for Brett Kavanaugh ahead of the Supreme Court justice’s confirmation.

Her choice of guest came as a newly unearthed sexual-assault claim threatened to rattle the political world. Virginia Lt. Gov. Justin Fairfax, a Democrat, denied an allegation of sexual misconduct first reported by a conservative website. He told reporters that the 2004 encounter with a woman was consensual, and he called the accusation a political “smear.”

Ocasio-Cortez has stayed quiet on that claim. However, on Monday afternoon she tweeted a previous video of her talking during her campaign to protesters at Boston City Hall in early October about sexual assault and power dynamics.

“Sexual assault is about the abuse of power,” Ocasio-Cortez said in the video. “It is always women who are always marginalized. It is the young, it is the interns, it is the immigrant, it is the trans. They are always most at risk because society listens to them the least. And that is why a man believes that an elite education, a high income, and his rich friends can get away with sexual assault.”

Ocasio-Cortez’s State of the Union guest, Ana Maria Archila, said she will wear white and a pin that the congresswoman gave her that says, “Well-behaved women rarely make history.”

“I never thought I’d be excited about being in the same room with Donald Trump,” said Archila, co-executive director of the left-leaning Center for Popular Democracy. She lives in the star freshman Democrat’s New York district.

Ocasio-Cortez invited her a few weeks ago, she said, adding, “We talked about making sure that we, with our presence, express the dignity of people who are under attack from this administration, the resilience. We will try to communicate that with the way we show up in the space.”

Kavanaugh, now a Supreme Court justice, also is expected to attend Trump’s address. Justices typically attend such speeches delivered by the president who appointed them.

During Kavanaugh’s confirmation hearings in September, Archila and another woman confronted Flake in a Senate elevator and, live on CNN, yelled at the Arizona Republican for his intent to vote for the appellate court judge. Kavanaugh had been accused by Christine Blasey Ford of pinning her to a bed and groping her when the two were teenagers in the 1980s. Flake later said he wanted to delay the Senate vote to give the committee time to investigate. He ultimately voted to confirm Kavanaugh and is now retired from the Senate.

Kavanaugh angrily denied the accusation and was confirmed to the high court. Still, Ford’s and Kavanaugh’s emotional appeals to the Judiciary Committee were a cultural watershed amid the #MeToo movement against sexual misconduct.

Archila said that day was the first time she had revealed her own sexual assault as a child in Colombia.

The Center for Popular Democracy revealed the pairing with a video released on social media.

“Our own @AnaMariaArchil2 showed the world what courage & strength look like in the age of Trump. Tomorrow night, she will join another bada– woman, @AOC @RepAOC for the #SOTU.”

Ocasio-Cortez retweeted the post with a public invitation: “This @AnaMariaArchil2, the NY-14 shero that will be accompanying me to the State of the Union tomorrow. She wasn’t planning on leaping into that elevator ahead of the Kavanaugh vote, but after hearing the stories of survivors across the country, she went in. A defining moment.”

Fairfax is next in line to be governor if Democrat Ralph Northam resigns amid a furor over a racist photo in his 1984 yearbook. The sexual-assault allegations were first reported by Big League Politics, the outlet that first published the yearbook image.

On May 27, 2017, The Washington Free Beacon reported that

A new $80 million anti-Trump network is being led by an organization whose top funder is liberal billionaire George Soros and which employs former members of the controversial and now-defunct Association of Community Organizations for Reform Now (ACORN).

The Center for Popular Democracy Action Fund, the 501(c)(4) sister organization of the Center for Popular Democracy (CPD), a New York-based nonprofit that receives the bulk of its funding from George Soros, announced at their spring gala Tuesday that they will be heading up the new $80 million anti-Trump network that will span 32 states and have 48 local partners, CNN reported.

The network will seek to mobilize new voters and fight voter identification laws. It will also focus on gerrymandering and automatic voter registration programs with an eye on the 2018 and 2020 election cycles.

The group’s stated goal is to “envision and win an innovative pro-worker, pro-immigrant, racial and economic justice agenda.” The organization is allied with teachers’ unions and has published studies criticizing charter schools.

According to the organization, it is a “high-impact national organization that builds organizing power to transform the local and state policy landscape through deep, long-term partnerships with leading community-based organizing groups nationwide.”

Can you say, “Socialism through illegal immigration”, gentle readers?

Archila joined the group in September 2013.

A profile on Archila says that she emigrated to the U.S. from Bogotá, Colombia, when she was 17 years old. An outdated LinkedIn page says that Archila was formerly the co-executive director of a similar advocacy group, Make the Road New York in Brooklyn, which was the predecessor of CPD.

Archila lives in the Astoria neighborhood of Brooklyn.

If you believe that Archila and the other woman did not plan on leaping into that elevator with Jeff Flake, I have two bridges over the Mississippi River at Memphis, Tennessee to sell you.

As I have previously reported, George Soros is also one of the funders for the Migrant Caravans who have been trying to invade our Sovereign Nation on our Southern Border.

President Trump must go head to head with the enemies, both foreign and domestic, of our Sovereign Nation in his State of the Union Address tonight.

The immediate threat to our nation’s sovereignty is very real.

Those who wish to turn our Constitutional Republic into a doppelgänger of Venezuela are a few days away from our Southern Border and their enablers in Congress are salivating at the thought of embracing them with open arms in order to further their Far Left Political Agenda of “Democratic Socialism” (Marxism).

Our nation’s continued existence is at stake. 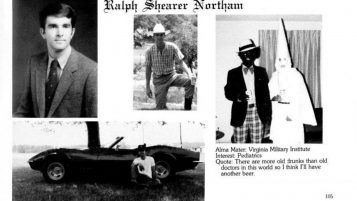