“Woe to those who call evil good and good evil, who put darkness for light and light for darkness, who put bitter for sweet and sweet for bitter.” (Isaiah 5:20)

Molech was a god of the Canaanites whose followers sacrificed children to him as a form of worship. He is mentioned 8 times in the Bible.

While Americans have been watching the battle for power between the President of the United States of America, Donald J. Trump, and the Speaker of the House of Representatives, Nancy Pelosi, there has been a battle between life and death going on in the Empire State.

The cult of death won.

Molech would be so proud.

New York Gov. Andrew Cuomo is under fire from faith leaders after he signed a bill into law that legalizes abortion up until birth in many cases. The Democratic governor directed the One World Trade Center and other landmarks to be lit in pink Tuesday to celebrate the passage of “Reproductive Health Act.”

Cuomo called it “a historic victory for New Yorkers and for our progressive values” on the anniversary of Roe v. Wade, the 1973 Supreme Court decision that legalized abortion in the United States. But New York Catholic bishops slammed him for the move just days after he touted his Catholic faith during the State of the State address.

“Your advocacy of extreme abortion legislation is completely contrary to the teachings of our pope and our Church,” Albany Bishop Rev. Edward B. Scharfenberger wrote in an open letter in the Evangelist on Saturday. “I shudder to think of the consequences this law will wreak. You have already uttered harsh threats about the welcome you think pro-lifers are not entitled to in our state. Now you are demonstrating that you mean to write your warning into law. Will being pro-life one day be a hate crime in the State of New York?”

New York was the first state to legalize abortion in 1970. Cuomo directed the 408-foot spire on the One World Trade Center, the Governor Mario M. Cuomo Bridge, the Kosciuszko Bridge, and the Alfred E. Smith Building in Albany to be lit pink to “celebrate this achievement and shine a bright light forward for the rest of the nation to follow.”

Under the Reproductive Health Act, non-doctors are now allowed to conduct abortions and the procedure could be done until the mother’s due date if the woman’s health is endangered or if the fetus is not viable. The previous law only allowed abortions after 24 weeks of pregnancy if a woman’s life was at risk.

Cardinal Timothy Dolan, Archbishop of New York, along with the Catholic Bishops in the state signed a letter condemning the bill, saying “our beloved state has become a more dangerous one for women and their unborn babies.”

“Our governor and legislative leaders hail this new abortion law as progress. This is not progress,” the bishops wrote. “Progress will be achieved when our laws and our culture once again value and respect each unrepeatable gift of human life, from the first moment of creation to natural death.”

Thomas Peters, the @AmericanPapist on Twitter, condemned Cuomo, saying he should be excommunicated for his pro-abortion actions, pointing to the One World Trade Center’s pink spire.

“Now it looks just like the needle that is used to supply the lethal injection to the living unborn child,” Peters wrote.

Gentle readers, now more than ever, our Sovereign Nation has become a battleground in the struggle of Good vs. Evil.

If the fight over our nation’s sovereignty has not convinced you of that fact, what the state of New York just did certainly should.

However, the horrible actions of Governor Cuomo and his fellow Far Left Democrats should not surprise anyone.

Of course, Barack Hussein Obama was elected President of the United States. While he was “radically changing” everything about our sacred land, blood was being spilled across the fruited plains. Especially, in that same state of Pennsylvania:

On February 18, 2010, the FBI raided the “Women’s Medical Society,” run by Dr. Kermit Gosnell, a butcher, euphemistically killing babies under the title of “Abortion Doctor”.

The FBI entered the office about 8:30 p.m. expecting to find to find evidence that it was illegally selling prescription drugs. What they found was America’s Auschwitz:

There was blood on the floor. A stench of urine filled the air. A flea-infested cat was wandering through the facility, and there were cat feces on the stairs. Semi-conscious women scheduled for abortions were moaning in the waiting room or the recovery room, where they sat on dirty recliners covered with blood-stained blankets. All the women had been sedated by unlicensed staff. They also found out that a patient had died there several months earlier.

Until 2009, Gosnell reportedly performed mostly first and second trimester abortions. But his clinic had come to develop a bad reputation, and could attract only women who couldn’t get an abortion elsewhere, former employees have said. “Steven Massof estimated that in 40 percent of the second-trimester abortions performed by Gosnell, the fetuses were beyond 24 weeks gestational age,” the grand jury states. “Latosha Lewis testified that Gosnell performed procedures over 24 weeks ‘too much to count,’ and ones up to 26 weeks ‘very often.’ …in the last few years, she testified, Gosnell increasingly saw out-of-state referrals, which were all second-trimester, or beyond. By these estimates, Gosnell performed at least four or five illegal abortions every week.”

On the 40th anniversary of Roe v. Wade, we reaffirm its historic commitment to protect the health and reproductive freedom of women across this country and stand by its guiding principle: that government should not intrude on our most private family matters, and women should be able to make their own choices about their bodies and their health care.

The Liberal mind is fascinating.  Sick and twisted…but, fascinating. On the one hand, Obama was saying that children are to be cherished and protected. I agree.

At the same time, just like Speaker Pelosi did last year when she proclaimed that banning abortions would be “un-Christian”, Obama stood by a woman’s right to kill her baby.

I can hear the Liberals screeching right now.

That’s not a baby. It’s a fetus! It’s not the same thing! You chauvinist pig!

(Fetus is Latin for BABY)

If cherishing God’s gift of life makes me a “chauvinist pig”, you’re darned skippy I am! Yay, pigs! Sooey! That’s not a puppy growing in there, y’all.

The blatant hypocrisy that was shown by Obama, his loyal minions in Congress, and the MSM, the Liberal pundits on TV and Radio, and ignorant “seminar” callers and posters on Conservative websites, in defense of  “their rights “not to be punished with a baby” and their resounding silence regarding the American Auschwitz known as the Gosnell Case, and now with this inhuman law passed in New York, is reminiscent of Germany in the 1930s…and positively chilling.

Remember a while back, when MSNBC Host, and resident Communist, Melissa Harris-Perry proclaimed,

Evidently, for Modern American Liberals, that only applies when the child is no longer a “punishment”.

Some good news regarding Americans’ Views on abortion can be found in a post from TheHill.com,  published less than one month before 2016’s President Election…

The most recent Marist Poll from this summer shows that a 53% majority of Americans support a strong pro-life policy of limiting abortions only to cases of rape, incest, or medical emergencies. An overwhelming 78% supermajority support, at a minimum, limiting abortion only to the first three months of pregnancy. Sixty-two of Americans oppose forcing taxpayers to foot the bill for abortions.

In the case of “Abortion On Demand”, I believe that the overwhelming majority of average Americans have recognized the obvious.

As President Ronald Reagan observed, all those decades ago,

I’ve noticed that everyone who is for abortion has already been born.

And that includes all the Molech worshippers in New York State and the Far Left Democratic Party…including its Speaker. 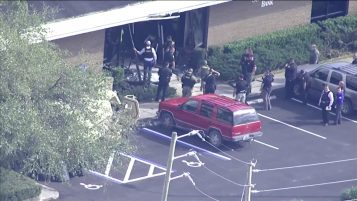 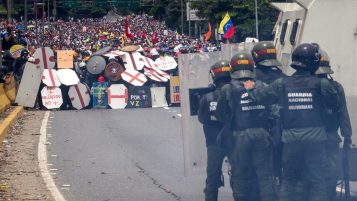